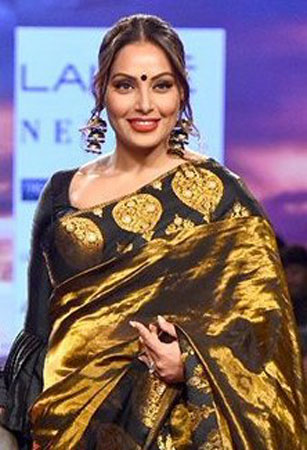 Actor Bipasha Basu and husband Karan Singh Grover recently welcomed their first child – a baby girl – on November 12. Bipasha shared the first picture of daughter Devi, and wrote a sweet message along with it. However, Bipasha hid their daughter’s face with a heart emoticon.

Bipasha titled the caption of the picture, “Our recipe for making a sweet baby angel.” It showed Karan holding the baby in his arms as Bipasha doted over her newborn. She further wrote in the caption, “Quarter cup of you, Quarter cup of me, Half cup of Ma’s blessings and love, topped up with magic & awesomeness, 3 drops of rainbow essence, angel dust, unicorn sparkles and all things divine, Seasoning: cuteness and yumminess as per taste.”

Bipasha’s post received a lot of love from her film industry friends. Malaika Arora, Deane Pandey, and Arti Singh were some of the celebrities who commented on her post.

The couple, who got married in 2016, had announced their pregnancy in August this year. In a statement, they wrote, “A new time, a new phase, a new light adds another unique shade to our prism of life. Making us a little more whole than we used to be. We began this life individually and then we met each other and from then we were two. Too much love for only two, seemed a little unfair for us to see…so soon, we who once were two will now become three.”

Bipasha and Karan released an official statement upon the arrival of the daughter. They wrote, “The physical manifestation of our love and blessings of Ma is here now and she is Divine.”

Karan and Bipasha had also posed together with Devi when they had brought her home for the first time after she was discharged from the hospital. The Raaz actor had earlier spoken about not being physically active during pregnancy, and that her routine had completely changed. But Karan remained supportive throughout and encouraged her throughout to maintain a healthy lifestyle.