Imran’s announcement has no constitutional impact on NA 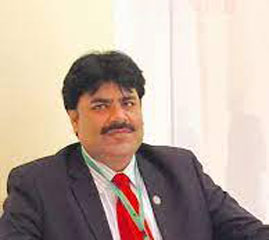 Hafiz Ahsaan Ahmad Khokhar, a renowned constitutional expert, Saturday said that different articles in constitution have described the establishment, composition and functions of National Assembly and provincial assemblies of Pakistan except there is one common ground that the tenure for both national and provincial assemblies would be five years from the date of first session after their elections.

The constitutional expert said that only one condition is same that while the vote of no confidence is moved against the prime minister or against the chief minister, both office are constitutionally restricted not to advise for dissolution to president in case of National Assembly and for governor in case of provincial assembly. However, in case the resolution of no confidence is failed, the constitutional powers of both prime minister and chief minister would be revived for dissolution the respective assembly.