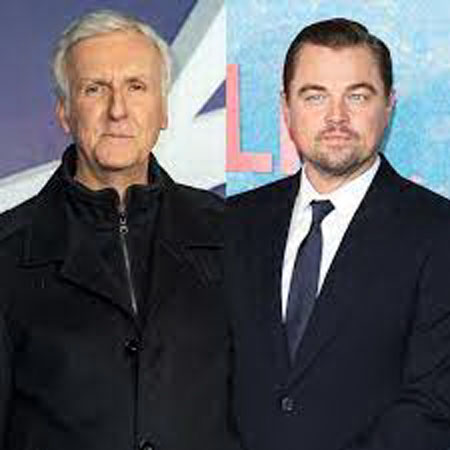 Leonardo DiCaprio almost didn’t board Titanic. Director James Cameron recently shared why the actor’s attitude during his auditioning process for the 1997 classic came close to costing him the role. According to Cameron, once he had cast Kate Winslet in the movie as Rose, he later had a meeting with DiCaprio, who was then 21 years old. Cameron recalled that DiCaprio charmed everyone in the office, including himself, though DiCaprio still needed to go through a chemistry reading with Kate.

“So he comes in a couple days later and I’ve got the camera set up to record the video. He didn’t know he was gonna test. He thought it was another meeting to meet Kate,” Cameron told GQ in a video published Nov. 22. “And I said, ‘OK, so we’ll just go in the next room and we’ll run some lines and I’ll video it.’ And he said, ‘You mean I’m reading?’ And I said, ‘Yeah.’ He said, ‘Oh, I don’t read.'”

That was a dealbreaker for Cameron, who said he shook DiCaprio’s hand and thanked him “for coming by.”

As Cameron puts it, the film was going to take up “two years of my life,” and he did not want to make “the wrong decision in casting.” Afterward, he gave DiCaprio a choice: “You’re going to read or you’re not going to get the part.”

DiCaprio agreed, though Cameron noted the future Oscar winner did so begrudgingly. “So he comes in, and every ounce of his entire being is just so negative right up until I said, ‘Action,’ and then he turned into Jack. And Kate just lit up and they went into this whole thing and he played the scene,” Cameron said. “Dark clouds had opened up and a ray of sun came down and light up Jack. I’m like, ‘Alright, he’s the guy.'”

The road to playing Jack wasn’t easy for DiCaprio, Cameron remembered, as the actor was navigating playing a character who was unlike roles he had done in the past. When DiCaprio pitched Cameron with changes to Titanic’s script-including adding an “affliction” or “some traumatic thing from the past” to his character-Cameron told DiCaprio that playing Jack would be a harder challenge, as there was no “prop” for him to lean on.

“What I’m talking about is hard, and you’re probably not quite ready for it. The second I said that, it clicked for him that this was a really hard, challenging film for him,” Cameron said. “And I realized my mistake. I hadn’t laid out the challenge for him sufficiently.”

Cameron later understood that DiCaprio “didn’t want something that was easy,” in fact, “he wanted something that was hard” and that chasing after difficult roles has been DiCaprio’s “instinct” ever since. Reflecting back on the experience, Cameron added it’s tough to picture a world where DiCaprio isn’t in Titanic.

“But you see how fragile this stuff is,” he said, “’cause you try to imagine that movie without Leo or Kate. It’s very hard to do.” E! News has reached out to DiCaprio’s rep for comment but hasn’t heard back.