Salman, Arbaaz, Helen, Salma and others come together to mark Salim’s birthday over family lunch 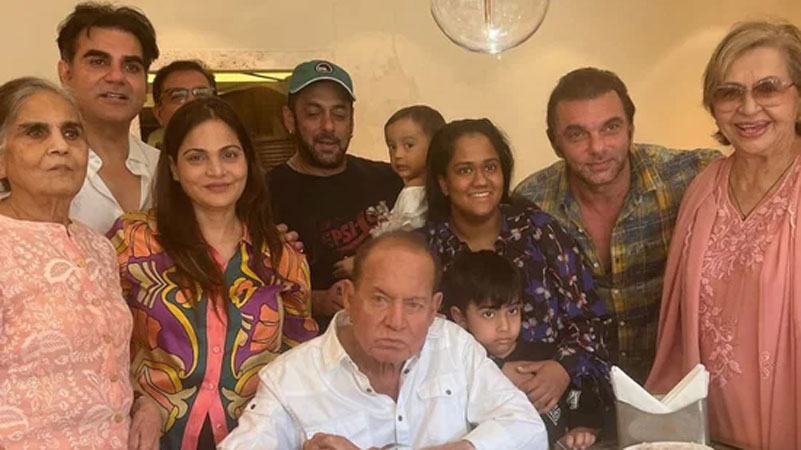 In the first picture, Salim Khan is seated in front of a dining table filled with a variety of dishes including biryani. Beside him stood his daughters Alizeh Agnihotri and Arpita Khan Sharma who held her son Ahil Sharma close. On the left side stood Salim’s first wife Salma Khan with Arbaaz in a candid pose. While Sohail had his one arm around Helen for the camera, Salman posed while holding niece Ayat in his arms. Arbaaz also added two separate photos of his father on a couch. In one of them, he kissed his cheeks.

Arbaaz was last seen in SonyLIV’s Tanaav. Released on November 11, it was directed by Sudhir Mishra and Sachin Krishn. It also had Rajat Kapoor, Zarina Wahab, and Manav Vij in key roles.

Salman will be next seen in Tiger 3 along with Katrina Kaif. He also has Kabhi Eid Kabhi Diwali in the pipeline. The film also has Pooja Hegde, Shehnaaz Gill, and Zaheer Iqbal. Directed by Farhad Samji and produced by Sajid Nadiadwala, it is scheduled to release on December 30, 2022. Meanwhile, he is appearing as the show host of Bigg Boss 16.