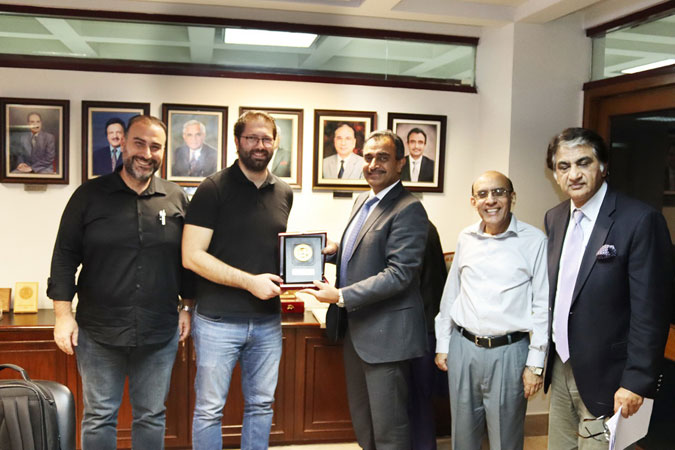 Other Austrian delegates included Mag. Dr. Michael Premstaller from Premstaller Geotechnik, Mr. Florian Krail, Key Account Manager for Large Scale Projects of Doka and Mr. Usman Mohiuddin, Consultant from Advantage Austria. Premstaller and Doca deal in building related large scale projects while Advantage Austria is the trade promotion organisation of the Austrian Federal Economic Chamber. At the meeting, Dr. Tahir Masood briefed them about NESPAK, its services and operations in Pakistan and overseas. Joint collaboration between NESPAK and Austrian concerns on future business opportunities in Pakistan and overseas also came under discussion. MD NESPAK told the visitors that NESPAK is busy increasing its outreach to the European market as well as various other countries in Africa and the Middle East. He stated that NESPAK can act as a Resource Centre for Australian companies in Pakistan and elsewhere. On this occasion, a documentary highlighting NESPAK expertise in various sectors was played and a fruitful discussion was held between NESPAK professionals and Austrian delegates.