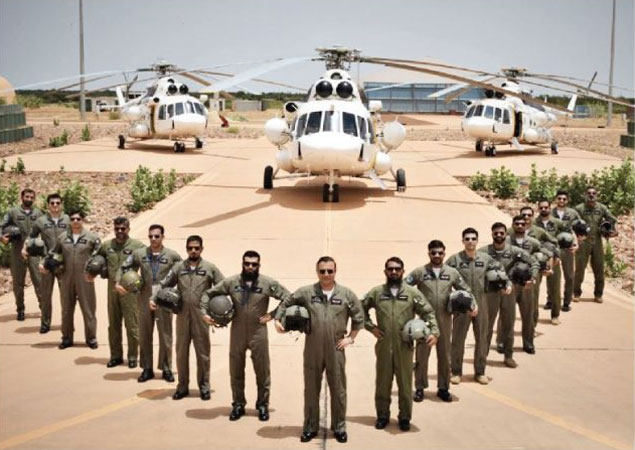 Pakistan and Bangladesh will each be sending an armed helicopter unit to the UN peacekeeping operations in Mali, which faces serious problems as several countries have withdrawn or announced plans to pull out their personnel, a UN spokesperson said.

Spokesman Farhan Haq said that India will supply a utility helicopter unit to the Multidimensional Integrated Stabilization Mission in Mali, known as the MINUSMA, and all three are expected to be deployed by March next year. “These provide much-needed support to our forces and are critical for early warning and rapid response to protect civilians,” the spokesman told reporters at the regular noon briefing t UN headquarters in New York.

“The UN continues to discuss with member states the deployment of new assets and plans to fill longer-standing gaps in addition to those resulting from recent announcements” of withdrawals, he said.

Set up in 2013, the MINUSMA has 17,622 personnel helping the Malian government combat terrorists operating in the country.

The MINUSMA is one of the deadliest operations having claimed the lives of 292 peacekeepers. France completed its withdrawal earlier this year and it was followed by Egypt in August. Germany said that it was withdrawing its personnel, who numbered 595 in the latest UN roster, from MINUSMA by May next year. Britain is also pulling out its 249 personnel.

Ivory Coast also said that it would discontinue the participation of its personnel, who numbered 898, in MINUSMA when the current deployment ends because of a separate dispute with the Mali government over the arrest of its soldiers who went there on a mission unconnected to the UN.

Despite the dangerous nature of the MINUSMA, Pakistani military doctors serving in Mopti, a town in the fifth administrative region of Mali, have continued to serve, earning praise for their work. They operate a state-of-the-art hospital staffed with 75 medical personnel, including 10 women and 65 men, according to the UN.

The hospital operates 24 hours a day, every day, and they are always on alert. All specialities are covered, from pharmacy to gynaecology. However, its main purpose is to perform life-saving and urgent surgery when peacekeepers are injured, it was pointed out.