* Although the summers are hot, constant sea breezes soothe the south-facing slopes and the resultant wines are as good as you'll find anywhere in the New World 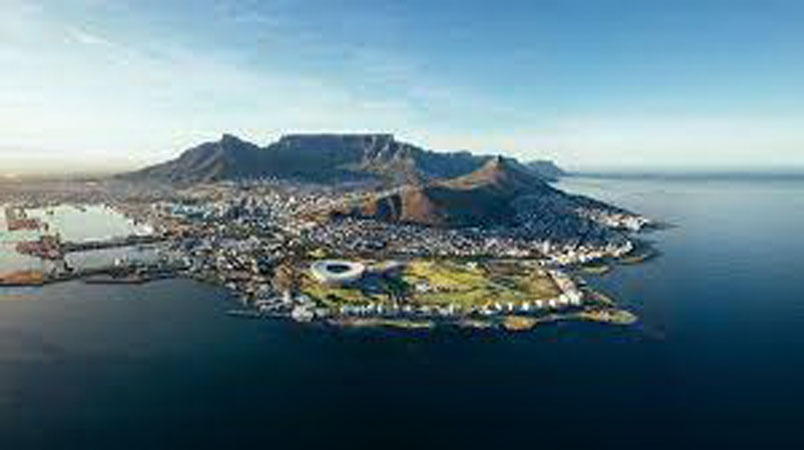 There’s no contest. Australia’s Barossa Valley, Margaret River and Mornington Peninsula, Napa Valley in the USA, Marlborough in New Zealand – all spectacular but no match for the Stellenbosch/Franschhoek region of South Africa.

It is best summed up by former Springbok rugby player Jan Boland Coetzee, when I asked him to describe to foreign travellers just where we were geographically. ‘Just tell them we are four doors from Heaven.’ This dramatic landscape of soaring granite mountains and lush, sweeping valleys is, thanks to the rich alluvial soils, ideal for viticulture. Although the summers are hot, constant sea breezes soothe the south-facing slopes and the resultant wines are as good as you’ll find anywhere in the New World. The choice is enormous, as there are more than 130 wine farms in the Stellenbosch-Franschhoek area. The added bonus is that while the pound has softened against most currencies it remains strong against the South African rand.

The Cape has vineyards from coast to coast and the variety of wine styles and terroirs is staggering – from the drylands of the Swartland to the lush, cool environment of the Hemel-en-Aarde Valley.

However, the greatest concentration is in the Stellenbosch-Franschhoek axis. This is most convenient for wine tourists who, by appointing designated drivers, can easily do tastings in four to five wine farms a day and find outstanding restaurants and accommodation in between. Tasting at these vineyards means you can take advantage of cellar-door sales, shipping wines back to the UK or, of course, adding them to the cases you take home.

Thelema Mountain Vineyards is one of the great locations, sitting on top of the Helshoogte Pass which connects Stellenbosch with Franschhoek. Thelema founder Gyles Webb, aka The Hermit on the Hill, takes a back seat these days while his son Thomas runs the show.

Set in the Simonsberg mountain range, it has the most spectacular views. It is a superb place and, if you’re lucky, the Hermit will be around to impart some of the wisdom for which he is famous Haute Cabriere Wine Farm is at the opposite end of the valley from Thelema, high on the Franschhoek Pass. This is a superb place to have lunch and try wine. The Estate’s tasting room is underground, a cool inviting space to sample Haute Cabriere’s rather good Burgundy-style wines and its even more famous champagne.

Jan Boland Coetzee’s estate, Vriesenhof Vineyards, sits in the Paradyskloof Valley, on south-facing slopes beneath the Helderberg and Stellenbosch mountains. When the Springboks were banned from rugby tours abroad during the apartheid regime, Coetzee decided to live and work in Burgundy, France, to learn at the feet of the great pinot and chardonnay winemakers.

You can taste his South African variations on the theme at the estate, as well as the indigenous pinotage reds. Jan might even be around to add his colourful stories to the visit The Ken Forrester Wine Estate is further across the valley from Vriesenhof. This is where you’ll find another larger-than-life Cape winemaker, Ken Forrester, who turned himself from a colourful Johannesburg restaurateur into Mr Chenin, an award-winning maker of the country’s most fashionable white.

Expect to find dogs, horses, geese and ducks running amok while you relax under the oak trees and taste Forrester’s excellent wines… and not just the chenin. An added bonus is his restaurant, 96 Winery Road. It is often cited as the best in Stellenbosch and is not far from the wine estate (kenforresterwines.com).

Just 15 minutes drive from Forrester’s is Waterford Wine Estate, set in the Blaauwklippen Valley in the shadow of the Helderberg Mountains. This is one of the area’s most picturesque and tourist-friendly estates.

In the middle is a marvellous terracotta building, built in classic Bordeaux style, which features an open courtyard where the tastings take place and where lunch can be enjoyed at the outdoor restaurant. In 2021, Waterford was voted The Best Cellar Door Experience by international wine critic Tim Atkin You do not need to be a Leeu Estate guest to book a tasting at the property’s Wine Studio. It is the best place to taste the wines of the celebrated husband and wife team Chris and Andrea Mullineux, given that their other base is the charming but more remote Swartland town of Riebeek Kasteel.