* Apart from their family picture, Alia also mentioned that the name has been given by her Dadi Neetu Kapoor and elaborated on the name's meaning 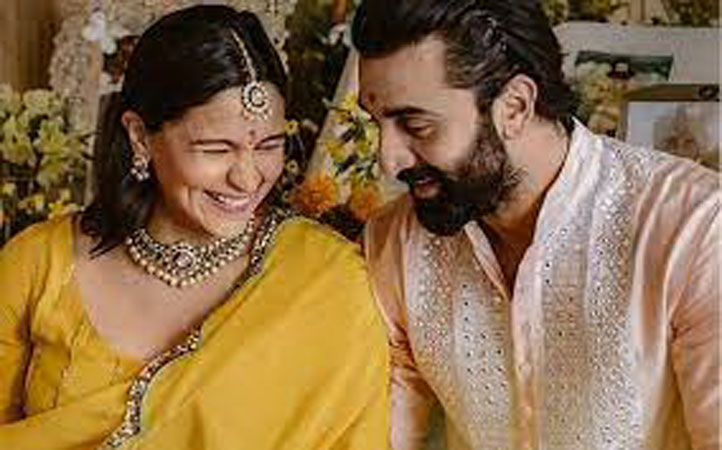 Their little bundle of joy, their new born daughter has kept them busy. Now, Alia Bhatt took to Instagram and revealed that they have named their daughter Raha. Yes, you heard it right! Alia and Ranbir’s baby girl would be known as Raha.

Apart from their family picture, Alia also mentioned that the name has been given by her Dadi Neetu Kapoor and elaborated on the name’s meaning. “The name Raha has so many beautiful meanings…Raha, in its purest form means divine path ?in Swahili she is Joy, ?In Sanskrit, Raha is a clan, ?In Bangla – rest, comfort, relief, ?in Arabic peace, ?it also means happiness, freedom & bliss. ?And true to her name, from the first moment we held her – we felt it ALL! Thank you Raha, for bringing our family to life, it feels as though our lives have only just begun.”

Seeing the picture, Kareena Kapoor shared her joy and wrote, “Raha Kapoor can I hold you can’t wait.”

Alia and Ranbir welcomed their first child on November 6 this year. A few hours after her delivery, Alia took to Instagram to announce the arrival of their daughter. “And in the best news of our lives:- Our baby is here…and what a magical girl she is. We are officially bursting with love – Blessed and obsessed PARENTS!!!! Love love love Alia and Ranbir.”

Alia Bhatt and Ranbir Kapoor fell in love with each other while working on Ayan Mukerji’s ‘Brahmastra’ and tied the knot on April 14 this year after dating for years.

In June, they announced that they were expecting their first child together.