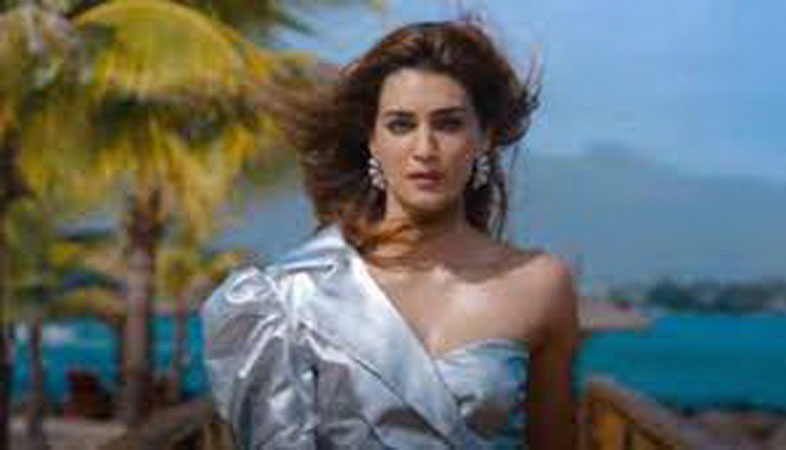 The much-anticipated teaser of Kriti Sanon and Kartik Aaryan’s next ‘Shehzada’ is out and much loved by the public and the critics alike.

Kriti Sanon is seen in a glamorous look as she sets the screen on fire with her fiery moves and looks, making us all wow along with Kartik.

Going by the looks of the teaser, Kriti and Kartik are seen sharing an amazing on-screen chemistry. This is the second time the duo is sharing the screen space for the second time after ‘Luka Chuppi’. It’s interesting to see them romancing each other in the action-packed story of ‘Shehzada’.

In the teaser, Kriti can be seen dressed in her chic and the hottest self. In one frame, she has donned upon a silver one shoulder dress with her tresses left loose and makeup kept to minimal. The actress’ hot and glamorous has created a frenzy on the internet.

Fans of the actress could not keep their calm as soon as they saw the teaser and started showering their love for her on social media. “Kriti really you are looking sooo beautiful in this teaser,” commented one fan. Talking about her chemistry with co-actor Kartik Aaryan, a fan wrote, “THEY’RE ALL SET TO SERVE US WITH THEIR CHEMISTRY AGAIN.”

Currently enjoying the best phase of her career, apart from ‘Shehzada’, Kriti is awaiting the grand release of ‘Bhediya’ co-starring Varun Dhawan. In the film, Kriti is seen as Dr. Anika Mittal in a never seen before avatar. Apart from this, she will also be seen in ‘Adipurush’ alongside Prabhas and Saif Ali Khan.