Twenty facts about Antarctica — the mysterious, timeless realm that used to be as warm as Melbourne but now contains 90% of Earth’s ice 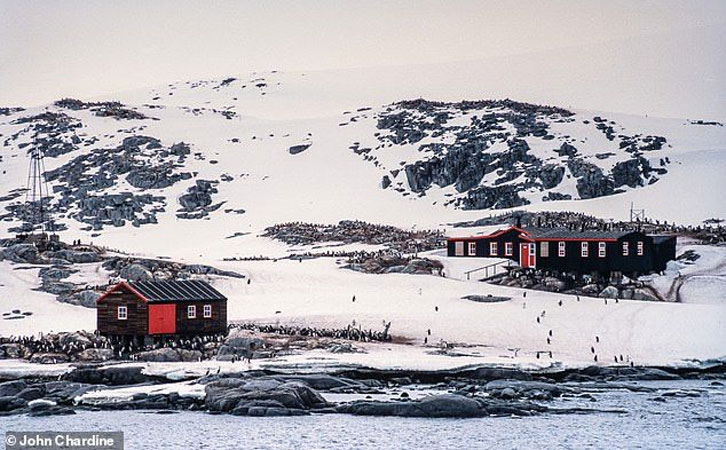 On the southern-most tip of the planet rests one of the world’s most massive landmasses – the frozen realm of Antarctica. It’s Earth’s least-populated continent – and one of its most inexplicable places.

These 20 cold-hard facts should go some way to lifting the veil of mystery around it. They’ve been compiled by the Chief Scientist, Dr Verena Meraldi, and the resident Antarctica expert, Tudor Morgan, of Hurtigruten Expeditions to mark the 20th anniversary of the adventure cruise line’s first sailing to Antarctica.

The first person to reach the South Pole was Roald Amundsen – Roald Amundsen is a Norwegian explorer who first planted the Norwegian flag there in December 1911. He beat the Brits by a month. Hurtigruten Expeditions named its first hybrid-powered ship, MS Roald Amundsen, after the famous explorer.

Antarctica is, on average, the windiest place on Earth – Scientists exploring this southerly landmass have reported wind speeds that have reached up to 200mph. Antarctica’s geography and climate means it gets a special kind of ‘katabatic’ wind, formed when air moves down a slope. In Antarctica, the mountain range paired against large, flat expanses makes for a dramatic wind combination.

The first person to be born in Antarctica was Argentine Emilio Marcos Palma – As a ploy to claim sovereignty over part of the continent, Argentina sent a pregnant mother there on purpose in 1977 so she could birth her child on a section of contested territory. To date, 11 babies have been born on the continent.

Antarctica used to be as warm as Melbourne – Four and a half million years ago, Antarctica was warm and covered in palm trees. But in contrast, in 1983, the coldest temperature ever recorded on Earth was in Antarctica, a frosty -89.2C.

It’s home to an ‘unfreezable’ lake – Deep Lake in Antarctica is so salty that it cannot freeze, even in temperatures as low as minus 15 degrees Celsius. Its waters are 10 times saltier than the ocean, which competes with the Dead Sea. There is no Antarctic time zone – Antarctica does not have its own time zone. Most of the continent experiences six months of constant daylight in the summer and six months of darkness in winter, so time seems more fluid. Scientists and researchers tend to stay in the time zone of the country to which their station belongs. Antarctica is the only continent with no reptiles – Reptiles rely on their environment to stay warm, so it’s simply impossible for reptiles to stay warm in Antarctica. You will, however, find the Antarctic ‘ice fish’, which have no red blood cells and are ghostly white in appearance. Antarctica has a ghost mountain range – Completely buried beneath the thick Antarctic ice, the Gamburtsev Mountains stretch more than 1,200 kilometres across the interior of the continent. With the tallest peaks around 2,800m (9,000ft), they are about one-third the size of Earth’s tallest mountain: Mount Everest.

There are 300 unfrozen lakes in Antarctica – In such chilly climates, you’d expect freshwater to freeze, however, Antarctica has approximately 300 lakes that can’t freeze as they’re underground and remain above 0C due to the heat from the Earth’s core.

Antarctica expands to twice its size in winter – In winter, the Antarctic Sea advances from the continent by around 100,000 square kilometres per day, ultimately doubling the size of Antarctica before melting again in the summer. Antarctica has a ‘bloody’ waterfall – In a remote corner of Antarctica lies a glacier that ‘bleeds’. The deep red water of Blood Falls was first observed in 1911 but it wasn’t until 2017 that scientists discovered the cause. The water flowing from Taylor Glacier comes from a subglacial lake high in salt and oxidised iron, which gives the falls a bloody hue.

The continent homes around 90 per cent of the ice on Earth – The continent is twice the size of Australia and the largest iceberg recorded is bigger than Jamaica at 11,000 sq km (4,247 sq miles). The ice equates to around 75 percent of the world’s freshwater.

There’s even an active volcano – Antarctica is home to Mount Erebus – the southern-most active volcano in the world – as well as the only known ‘lava lakes’, which have held liquid magma for eons despite the continent’s frigid conditions. At the south pole, every direction is north – If you stand at the South Pole, you are at the southernmost point on Earth. It doesn’t matter which way you look – every direction is north. It’s either very sunny or very dark for six months at a time – Because of the Earth’s tilt, the sun does not rise in Antarctica from the vernal equinox to the autumnal equinox, which means the continent remains dark throughout the entire winter season. Conversely, during the summer months the sun does not set in Antarctica, which means it receives more sunlight than the equator during that time frame.

An American scientist was the first and only person to find a match on Tinder in Antarctica – One cold and lonely December night, an American scientist, who was conducting research on Antarctica, decided to log on to Tinder for fun. He wanted to see if there were any women out on the icy, lonely continent. After the scientist expanded the app’s location radius, he found another researcher, swiped right and a few minutes later they matched!

Seven species of penguin can be found in Antarctica and some are speedy! – Adelie, chinstrap, gentoo, king, macaroni, rockhopper and emperor penguins can all be found on the icy continent. However, gentoos are the speedsters of the penguin world. Although they’re not strong runners, they can take off in the water. When diving, they’ve been known to reach speeds up to 22 miles per hour!