* Now, the singer himself has become a subject of public criticism 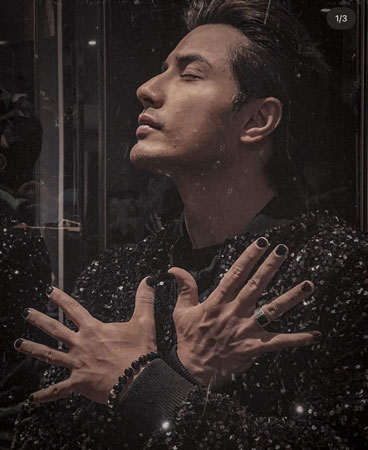 The famous Pakistani singer Ali Zafar stirred an internet debate as he uploaded pictures wearing black nail paint. A while ago, the Jhoom singer came to his brother’s rescue as people criticised him for dying his hair burgundy.

Now, the singer himself has become a subject of public criticism. On Monday, Zafar uploaded a series of pictures wearing black nail paint and captioned the picture with a hashtag, #breakingstereotypes.

He wrote, “You define who you are. No one else.”

Soon after, some of his fans flooded the post’s comment section and supported his stance, saying that everyone has the right to live as they want.

A user wrote, “We are no one to judge others everyone has the right to live life as they desire.”

Another person said, “You broke the neck of stereotypes, I am thankful to you Ali, thanks for standing out, you are amazing soul proud of you.” While many sided with the singer, a huge amount of people schooled him for spreading the wrong narrative of “breaking stereotypes”. A person commented, “You want to break stereotypes it’s okay, there are many taboos in society, cultural norma that damaging society ie spending millions on events like Engagement, birthday parties, baby showers etc that has a direct impact on upper and lower middle class people, kind of pressure from society to spend a lot just to fit among them.” “When you recite Balaghul Ala Bikamalihi proudly you also take on this responsibility to live your life in a way that doesn’t directly clash with the message of Huzoor – it is a huge weight to carry,” said another person.