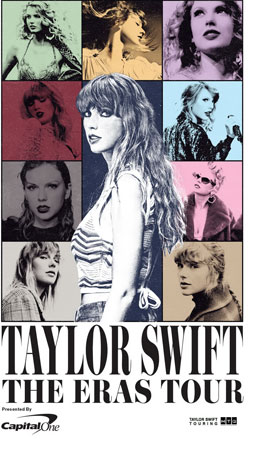 Swifties have bad blood with Ticketmaster. The company announced Nov. 17 that it has cancelled the general public sale for Taylor Swift’s upcoming Eras tour “due to extraordinarily high demands on ticketing systems and insufficient remaining ticket inventory to meet that demand.” The sale was expected to open Nov. 18.

This news comes just a few hours after Ticketmaster released a lengthy statement in response to outcry from fans of the “Midnight Rain” singer who faced numerous issues during the Nov. 15 pre-sale-including hours-long queue waits and the site crashing.

“The Eras on sale made one thing clear: Taylor Swift is an unstoppable force and continues to set records,” Ticketmaster said in a statement Nov. 17. “We strive to make ticket buying as easy as possible for fans, but that hasn’t been the case for many people trying to buy tickets for the Eras Tour. We want to share some information to help explain what happened.”

The ticket sale company explained that it had fans pre-register as Verified Fans-with over 3.5 million fans pre-registering-so the company could use this program “to help manage high demand show-identifying real humans and weeding out bots. Keeping bots out of queues and avoiding overcrowding helps to make waits shorter and on sales smoother.”

It selected 1.5 million people to get pre-sale codes, because “historically, 40 percent of invited fans actually show up and buy tickets, and most purchase an average of three tickets.”

While in the past the Verified Fan code has worked for Ticketmaster, this time around the site couldn’t handle the increased traffic. “This time the staggering number of bot attacks as well as fans who didn’t have invite codes drove unprecedented traffic on our site, resulting in 3.5 billion total system requests-4x our previous peak,” the statement continued. “It usually takes us about an hour to sell through a stadium show, but we slowed down some sales and pushed back others to stabilize the systems. The trade-off was longer wait times in queue for some fans.”

And in true Taylor fashion, The Eras Tour has already made history before it has begun, with Ticketmaster selling over two million tickets for the “Anti-Hero” artist’s shows-the most tickets ever sold for an artist in a single day.

Ticketmaster noted that based on the volume of traffic during the pre-sale, Taylor “would need to perform over 900 stadium shows that’s a stadium show every single night for the next 2.5 years.” The company said in their statement that they know they can do better in the future: “While it’s impossible for everyone to get tickets to these shows, we know we can do more to improve the experience and that’s what we’re focused on.”

Taylor has not yet addressed the situation but The Eras Tour kicks off March 17, 2023.