Spotted: Blake Lively stepping out in style in honour of husband Ryan Reynolds. The Gossip Girl alum, who is expecting her fourth child with the Deadpool actor, took the stage at The Beverly Hilton in Los Angeles on November 17 to pay tribute to Ryan as he received the 36th American Cinematheque Award. During her speech, posted to The Hollywood Reporter’s Twitter page, Blake-wearing a gorgeous Ralph Lauren dress-praised Ryan’s “heart, his philanthropy, his humour, his integrity, his unmatched work ethic,” as well as his grace.

“So many of those stunning qualities comes from his homeland, Canada,” Blake, 35, said of Ryan, 46. “And giving back to the country that gave him his life is critical to who he is as a person.”

The A Simple Favour star-who shares daughters James, 7, Inez, 6, and Betty, 3, with Ryan-added that checking in at home has always been important for Ryan throughout his life.

“It was essential to keeping him grounded, to keeping him sane, to keeping him, him,” she said. “And now I am his home and our girls are his home. And just like that 19-year-old boy, he races home. Whether it’s from across the globe or a meeting across the street, his is hardwired to get home. If he came home from set not in his wardrobe, we would be very concerned. Soaked in mud, fake blood, real blood, prosthetic scars, superhero suits, tap shoes or clown makeup, daddy always comes home.” Blake’s speech comes two months after she debuted her baby bump at the Forbes Power Women’s Summit. During the Sept. 15 event, the Age of Adaline actress cheekily noted, “I just like to create. Whether that’s baking or storytelling or businesses or humans, I just really like creating.” And as the couple-who tied the knot in Sept. 2012-prepares to welcome a fourth child, Ryan-who is set to receive the People’s Icon Award on Dec. 6-recently dished to E! News on whether baby No. 4 will be “easier” for him and Blake. “Yes and no,” he exclusively told E! News at the Nov. 7 Spirited premiere in NYC. “I mean; the things we know are going to help us get through things a little bit quicker. But I don’t know. Anything can happen.” In fact, Ryan added, “I don’t even know if it’s a boy or a girl yet. So, we’ll see.” 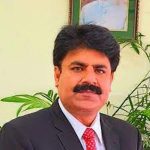 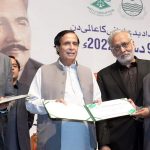