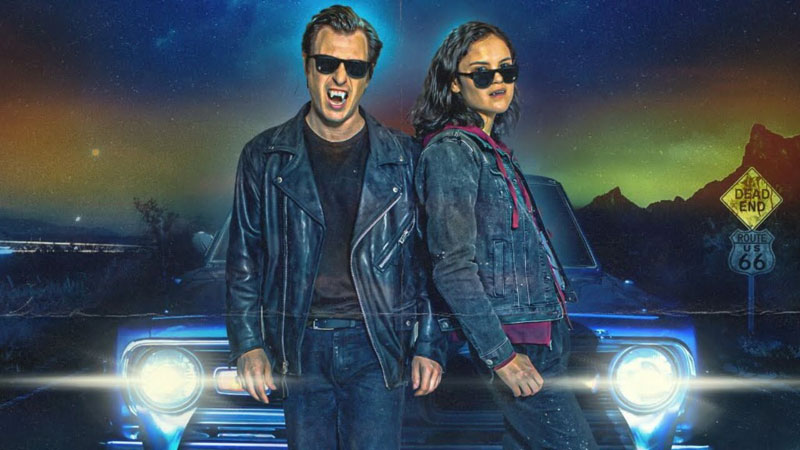 From Let the Right One in to What We Do in the Shadows, the domesticated wing of the vampire genre is getting overcrowded. So frequent Rian Johnson collaborator Noah Segan has done well to wangle himself a few inches of elbow room in his directorial debut with a surprisingly gentle, ruminative and haunted film concerned with family and belonging. Focused on an estranged father and daughter on the road played by Segan himself and Victoria Moroles, it almost plays out like an undead Paper Moon.

Blood Relatives starts with a Near Dark-like glower, as Segan’s biker-jacketed drifter Francis makes a convenience store stop-off for carb gaskets and haemoglobin. When he checks into a motel to escape daylight, he’s collared by obstinate teenager Jane, whose mother has just died in Idaho.

He scoffs when she claims he passed through their town 15 years ago, the same age as her. But he begins to warm up when she tells him that she must wear sunblock to go outside during the day, and is definitely paying attention by the time she bats the motel clerk, who thinks she is an underage sex worker, into a bloody mess against the wall. It’s Jane’s first kill. 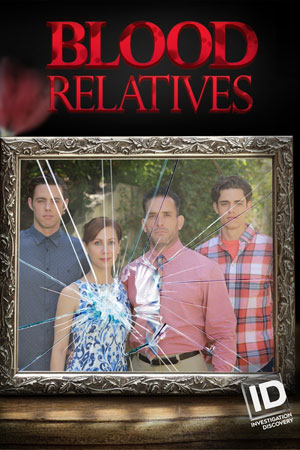 Reluctant father Francis offers to ferry his daughter back to her extended family in Nebraska. Their faltering attempts to forge a relationship – he lectures her about using a fork when eating raw mince – are as melancholic as they are funny. The underlying loneliness and need for kin is compounded by his own story, which appears to extend back to the Holocaust. Explaining the origins of “schlepping” to one victim, Francis joins The Fearless Vampire Killers in the canon of Jewish undead.

With his reedy voice and fractionally mis-set eyes, Segan exploits his unsettling qualities in a deadpan performance that he lifts, as director, with pleasingly snappy, almost comic-book-like direction. That, and his pernickety dialogue, show a similar sensibility to pal Rian Johnson’s – as well as the thoughtful undertow that pulls us through some meandering patches as the story unfortunately peters out.

Blood Relatives is available on digital platforms on 22 November.