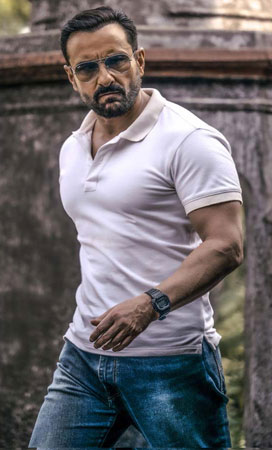 Actor Saif Ali Khan finally responds to Vikram Vedha’s failure at the box office says it was extremely disappointing for him.

The film only earned INR 78 crore at the local box office even though the film was made on the budget of more than INR 100 crore.

Saif said that Vikram Vedha was appreciated by a lot of people and him and Hrithik expected it to perform well at the box office but it didn’t.

“The reason we should be very polite to each other is because nobody has any clue of what works and doesn’t work.”

When asked about why majority Bollywood films are not performing well at the box office, Khan replied: “I have no idea but something is happening. People will continue to make movies. Prices will keep fluctuating because our pricing, some of it, is insane. We pay people astronomically and the returns have been not good.”

As per HindustanTimes, the Dil Chahta Hai actor also stated that only 2% people pay to watch movies but if this percentage increases to 20%, only then it could lead to wealthy industry. But he also added that people will have to earn money in order to pay to watch a film.