Those who have authority to appoint COAS should be trusted: Fazl 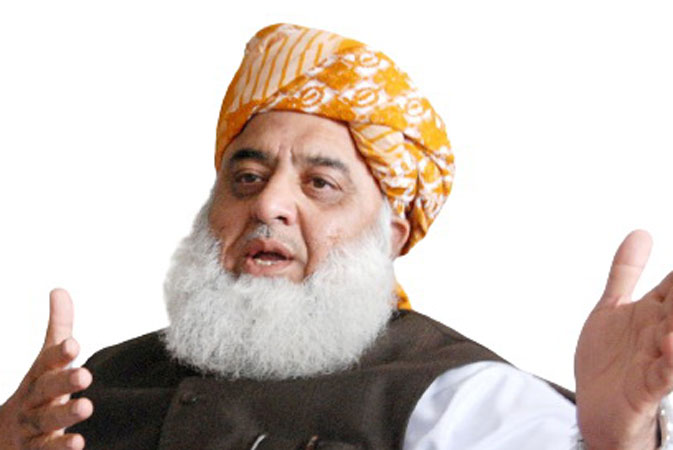 Pakistan Democratic Movement (PDM) Chairman and Jamiat Ulema-e-Islam-Fazl (JUI-F) chief Moulana Fazlur Rehman said on Monday that former prime minister and Pakistan Tehreek-e-Insaf (PTI) chairman Imran Khan is blackmailing the government and institutions to appoint army chief of his choice but those who have the authority to appoint new army chief should be trusted.

Addressing a press conference in Sukkur on Monday, he said that all the parties in the country are working as a team at present. He said floods have broken the backbone of the economy, adding that his party held a rally in Shikarpur after a long time and there was no shortage of public. The JUI-F chief went on to say that the appointment of new army chief is a normal process, adding that this time it is not happening for the first time. Former PM Imran Khan is blackmailing us and the defense establishment to get the army chief of his choice, while the appointment should be based on constitution and merit. The appointment of the Army Chief should be entrusted to those who have the authority, he said.