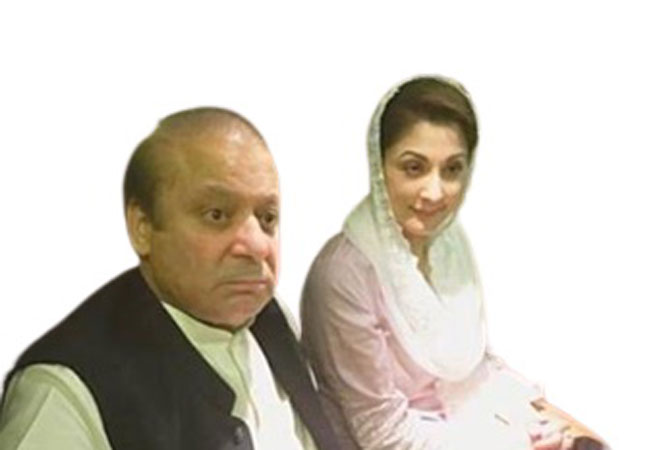 PML-N supremo Nawaz Sharif accompanied by his daughter Maryam Nawaz and other family members embarked on a five-nation tour of Europe amid political turmoil in Pakistan, a private TV channel claimed on Monday. The TV report claimed that Nawaz Sharif, Hussain Nawaz, Maryam Nawaz, Junaid Safdar and other family members departed from London to Europe. During the 10-day-trip, the family will visit different European countries. The family reached a European country last night, the TV channel reported. It is pertinent to mention here that Maryam Nawaz was in London for the past couple of days to spend her time with his father.

On October 5, Maryam Nawaz left for London to reunite with her father Nawaz Sharif. “I cannot wait for the plane to land [in London] and meet my father,” Maryam had said at the airport. On October 6, Maryam Nawaz met her father, Nawaz at the Avenfield apartments in London after three years. Maryam received a rousing welcome from the party workers outside the Avenfield apartments. She thanked the party activists for the welcome. However, she could not talk to the media owing to the rush and stepped inside the building. The PML-N vice president travelled to the UK after receiving her passport back from the Lahore High Court after the court took her travel document on an application submitted by the National Accountability Bureau (NAB) in the Chaudhry Sugar Mills Limited case.