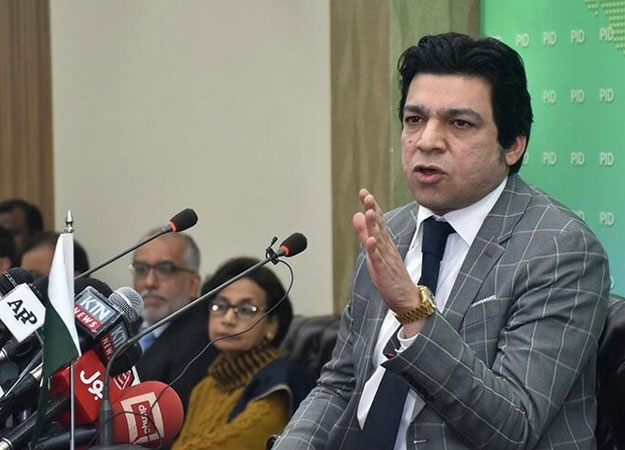 Faisal reached the Federal Investigation Agency (FIA) headquarters in Islamabad and appeared before the fact-finding committee.

Talking to media personnel after his appearance, Vawda stated that the agency had given him a ten-question-long questionnaire.

He claimed that the journalist’s murder was planned in Pakistan and that the fact-finding committee was doing great work. “Hopefully the untouchable bigwigs will be reached,” he said.

Faisal further stated that the CEO of a local news channel had “nothing” to do with the case and requested that he return to Pakistan.

He also said that pushing PTI chief Imran Khan into the party’s long march was akin to taking him to a dead-end. “I will not become prime minister if Imran Khan is disqualified, these people will,” he said, not naming any official. He further urged Imran to “clean up” the PTI.

On the other hand, PTI leader Murad Saeed’s claimed that an “impartial, transparent and independent inquiry” could not be expected from the FIA in the context of the current situation and due to the attitude of the federal government.

He stated that the incumbent government played a controversial role regarding the official autopsy of Arshad Sharif.

Murad maintained that the fact-finding committee should investigate who were the plaintiffs who registered more than 16 cases against Sharif and what “elements” were behind them. He further said that the fact-finding committee should uncover who was threatened by Sharif’s journalism, who would harass and threaten the journalist while he was in the country and who released pictures of his departure to Dubai.

He further said that the request for Sharif to leave Dubai, and whoever was behind the request, should be traced. Murad also questioned which powerful Pakistani the journalist was compiling a report against.

The Interior ministry’s fact-finding team formed to probe slain journalist Arshad Sharif’s murder had called the PTI leaders and asked them to present evidence, if any, before the team at the FIA headquarters.

The team asked for the leaders’ help because they were close to the journalist. Faisal Vawda’s press conference related to the slain journalist following his murder raised some eyebrows, suggesting that he might be helpful in leading the case to its logical conclusion. The team, which consists of Director FIA Athar Waheed and Deputy Director General Intelligence Bureau (IB) Shahid Hamid, provided its initial report to the interior ministry after concluding the investigation in Kenya. After concluding the Kenyan chapter, the team is currently in Dubai to closely look into the activities of the journalist throughout his journey.