MIAMI: Ireland’s Leona Maguire produced a blistering nine-under par 63 to hold a share of the lead with Lydia Ko after Saturday’s third round of the LPGA Tour Championship.

Maguire and Ko are both 15-under 201 for the tournament in Naples, Florida, and enjoy a five stroke lead over South Korea’s Lee6 Jeong-eun and Scotland’s Gemma Dryburgh.

The leading pair will go head-to-head on Sunday at Tiburon Golf Club with a tour-record $2 million top prize at stake and the momentum appears to be with the 27-year-old Maguire.

New Zealand’s Ko held a five-stroke lead overnight but made a shaky start with a bogey on the par-4 second and another on the par-3 fifth.

Maguire, in contrast, was straight out of the blocks with a birdie on the first and the third holes and she reached the turn four-under for her round.

She had a run of four straight birdies either side of the turn as she flew up the leaderboard.

On the 17th, the Irishwoman found a greenside bunker, but responded to the test well with a fine shot from the sand giving her a simple putt for birdie and the outright lead.

Ko also flirted with trouble on the penultimate hole, driving deep into rough from the tee but then recovered well to make a birdie and regain a share of the lead.

The weather forecast for Sunday suggests the winds could get blustery with some rain also forecast. Maguire appeared to relish the prospect of some familiar conditions. “We’ll have to wait to see how bad it gets. Maybe a little rain, a little wind. Nothing I’m not used to from Ireland,” she said.

“It was nice to get a really low round under my belt today and just try to go out and do the same tomorrow.”

Maguire will be looking for her second victory on the LPGA Tour after winning at Crown Colony in Fort Myers in February.

Ko, a winner here in 2014, accepted her standards had dropped from her two excellent opening rounds.

“On the front nine, I don’t think I took advantage of the holes that were a little shorter as well as I did in the last couple of days, but overall I still played really solid,” she said. “I don’t think I putted as well… but it is really hard to back up a seven-under and six-under but to still to shoot a couple under gives me good momentum going into tomorrow,” added the former world number one.

Canada’s Brooke Henderson also shot up the leaderboard thanks to an excellent seven-under round of 65. Henderson eagled two par-5 holes, the sixth and the 17th, and was bogey free as she pushed herself into the chasing pack. 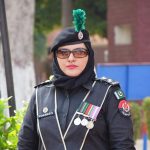 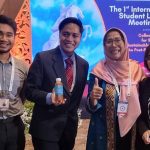