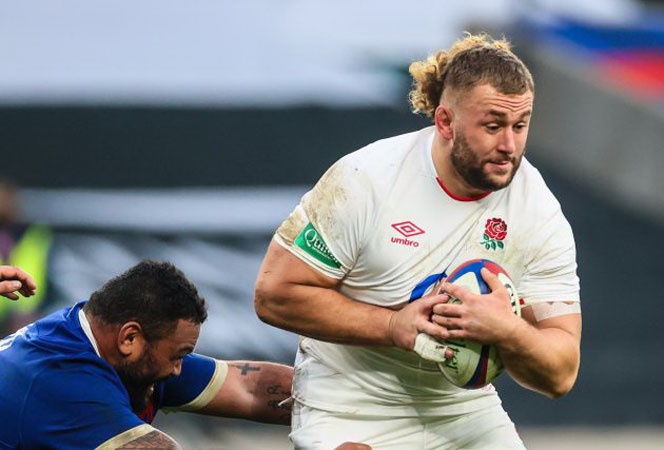 TWICKENHAM: Two-try hero Will Stuart said he still had work to do on his scoring technique after almost failing to touch down properly in England’s remarkable 25-25 draw with New Zealand. England seemed destined for a decisive defeat when the All Blacks led 25-6 with nine minutes left at Twickenham on Saturday. But replacement prop Stuart twice forced his way over either side of a try by full-back Freddie Steward as England crossed the All Blacks line three times in a frantic finale to secure just the second draw in 43 meetings between the teams. The 26-year-old tighthead’s double saw him become the first England prop to score two tries in a Test. He was, however, twice held-up over the goal-line and both his scores were only confirmed after lengthy reviews by the television match official. “Will’s got a special session on Monday — how to score a try,” said England head coach Eddie Jones.