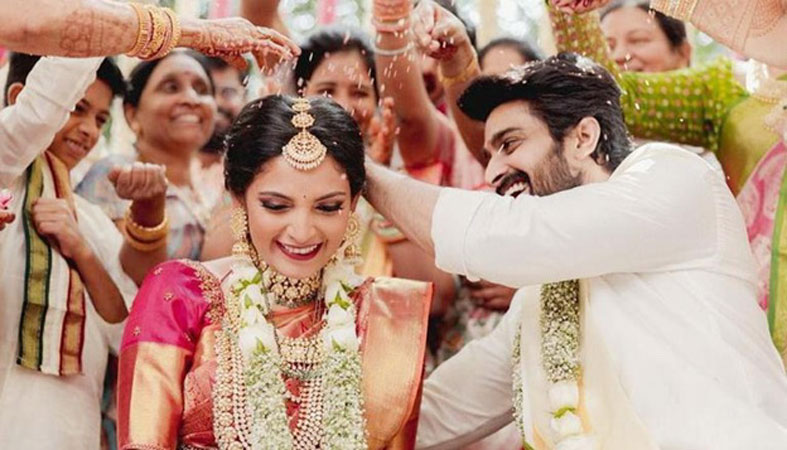 Naga Shaurya is one of the popular actors in the Telugu film industry. The Tollywood actor is all set to exchange wedding vows with his ladylove Anusha Shetty today, November 20. They will be tying the knot in Bengaluru. Their pre-wedding festivities, Mehendi ceremony and cocktail party, took place in Karnataka on November 19. Needless to add, photos from their pre-wedding events have gone viral on social media. Their family members and friends looked happy as the couple is all set to embark on a new journey.

Naga Shaurya and Anusha Shetty’s Mehendi ceremony took place in the afternoon on November 19, 2022. For the function, Naga Shaurya opted for a blue kurta with a black Patiala. On the other hand, his wife-to-be was dressed in an embroidered lehenga in shades of orange, green and pink.

As far as their cocktail party is concerned, it took place around 8 in the evening. The dress code for the party was western wear and Indian formal but with a dash of bling. Naga Shaurya looked dapper in a black suit whereas his ladylove Anusha looked drop-dead gorgeous in a purple sequinned number.

Meanwhile, on the work front, Naga Shaurya was recently seen in Krishna Vrinda Vihari. The film opened to a positive response from critics and fans alike.

The actor recently signed his 24th film, which was officially announced.