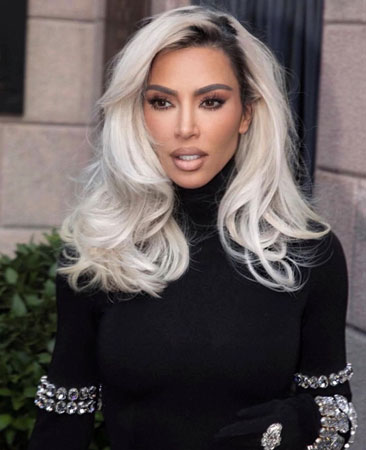 The Kardashians star posted a mysterious message from Manifest Now author Idil Ahmed on her Instagram Story on November 18. One thing I learned was that everything always “Sometimes even better than you can imagine. Remember this when you feel like you’re in a hard place or you feel like you’re being challenged the most. Believe in where you’re headed. See the bigger picture.”

Kim, 42, shared the quotation a few days after news reported that Pete Davidson, her ex-boyfriend, had started dating model Emily Ratajkowski. The creator of SKIMS, who has been going through a divorce with his ex-wife Kanye West for more than a year and a half, has never commented on the new relationship, though.

When they were seen out together in New York City earlier this month, Pete and Emily, both 31, first fueled dating suspicions. The model spent time with him at his flat on November 16, the former cast member of Saturday Night Live’s 29th birthday. The two had “gone on a couple of dates,” according to a source close to Emily, and despite having known one another for years, they reunited after “Pete texted Emily wanting to get together to catch up.”

Although the couple’s romance is “still very fresh,” the two “have been in continual communication,” according to a second source close to the model who spoke to News on November 18. The source further stated that “She really likes him, but there’s no pressure to make it exclusive. She is definitely being won over by Pete’s

Kim is familiar with Emily. They sat front row in 2015 at the Balmain catwalk presentation during Paris Fashion Week, alongside the SKIMS founder’s now-separated spouse Kanye West and mother Kris Jenner.

In August, it was reported that Pete and Kim had ended their relationship after dating for around nine months. The two realized that the long-distance dynamic and their busy schedules “made it incredibly tough to continue a relationship,” according to a source close to them at the time.

On The Late Late Show with James Corden in September, Kim declared that she was “not looking” to date once more just yet. The actress continued, “I think I need some time to myself and to focus, finish school, all that.” The diva is pursuing a legal career in the same field as her late father Robert Kardashian.

Additionally, she stated on Live with Kelly and Ryan that month, “I did indicate that I might want to try dating a doctor, a scientist, or someone else in the past. So, a number of lawyers, scientists, and medical professionals have gotten in touch. I simply am not prepared.”

Following their breakup, Kim and Pete are avoiding each other. Despite speculations, the former couple “are not speaking” and are “not hanging out again,” a different source told News earlier this month.