No way to run a COP: climate summit host Egypt gets bad marks

Almost from the start, Egypt came under fire over its handling of the UN COP27 climate talks tasked with responding to the growing threat of global warming.

As the negotiations drew to a close nearly two days late with a historic win for vulnerable countries on funding for climate “loss and damage”, exhausted delegates lined up to voice hope — and frustration at the lack of progress on tackling emissions.

Historically, nations hosting the annual gathering of up to 35,000 leaders, diplomats, observers, campaigners and journalists are expected to rise above national interests enough to work hand-in-glove with the UN’s climate bureaucracy to shepherd the consensus-based process to a more or less happy ending.

The two-week marathon in the Red Sea resort of Sharm el-Sheikh, however, kicked off with duelling press conferences, suggesting diverging agendas and posing something of a quandary for journalists.

In his final address to the plenary, the COP27 president and Egyptian foreign minister Sameh Shoukry began his address on the back foot. “We are fair, balanced and transparent in our approach,” he told delegates, many of whom had complained of a lack of clarity in the difficult negotiating process.

“Any missteps that might have occurred were certainly not intentional, and were done with the best interests of the process in mind.” Far more serious, some observers alledged that Egypt failed to act as a neutral broker in the complicated, multi-tiered talks.

“The influence of the fossil fuel industry was found across the board,” said Laurence Tubiana, CEO of the European Climate Foundation and — as France’s top negotiator — a main architect of the 2015 Paris Agreement.

“The Egyptian presidency has produced a text that clearly protects oil and gas petro-states and the fossil fuel industry,” with no mention of phasing out fossil fuels so that the issue might be more widely debated. Concerns over the role of oil and gas interests have long dogged the talks.

But this year more than 600 fossil fuel lobbyists attended COP27 as “observers”, up 25 percent from last year’s climate summit and more than the number of delegates from all Pacific island nations combined, according to one research NGO.

Alden Meyer, a policy expert at think tank E3G who has been to all but one COP over the last 27 years, said there were concerns that the presidency had been reluctant to include ambitious language on emissions and fossil fuels.

“Clearly, they’re acting in their own national interests, rather than serving as an honest broker in the presidency,” he told AFP, adding that they had been hosting a “gas industry trade fair” in Sharm el-Sheikh.

In a scathing speech as the talks wrapped up Sunday, European Commission Vice President Frans Timmermans said the EU was disappointed that the meeting had not pushed for stronger commitments to achieve the aspirational goal of limiting global warming to 1.5 degrees Celsius from pre-industrial levels.

He also expressed frustration that despites the support of “more than 80 countries” calling for emissions to peak by 2025, “we don’t see this reflected here”.

Meanwhile, Alok Sharma, who held the presidency at COP26 in Glasgow last year, listed an array of ambitious proposals on phasing out fossil fuels and slashing emissions that never even got an airing in draft texts, much less the final version. 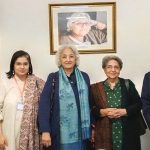