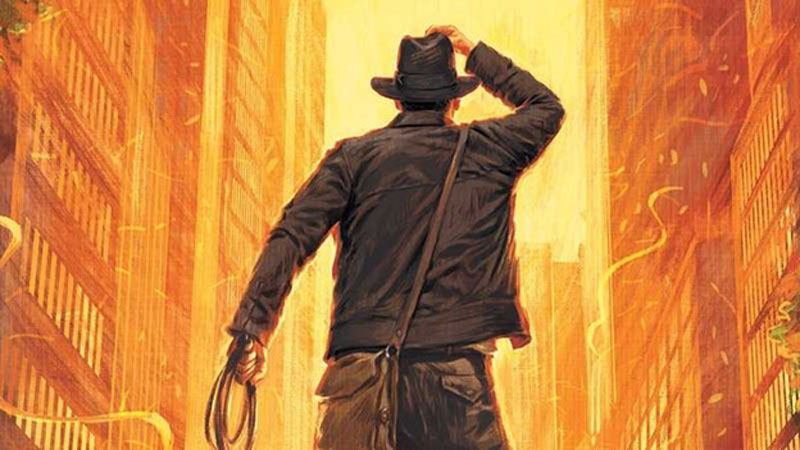 Exclusive covers for the upcoming issue of Empire Magazine have been unveiled, and they feature Indy in his customary relaxed pose and piercing look. One of the most well-known characters in film is having his fifth adventure, and information about it is starting to emerge. Harrison Ford, the film’s lead actor, will return to the legendary role he created in 1981.

Since the movie is creating anticipation about what is in store for the explorer, not much has been revealed about it to date. The issue will feature the first photographs and interviews from the top-secret movie, according to the cover, which was made public on Empire’s website.

Sam Hadley’s exclusive cover for subscribers features a golden-lit Jones exploring 1960s New York City. The fifth film will take place some time after the events in the fourth film, Kingdom of the Lost Skull, which took place in 1957. A chase that took place in a parade commemorating the Apollo 11 astronauts’ return to New York in 1969 is depicted in a set photo from last year.

Ford unexpectedly showed up at the Star Wars Celebration Anaheim in May 2022 to unveil the film’s first image. “We have virtually finished the next Indiana Jones film,” he stated. Ford continued, “I’m proud of the movie, and I’ll see you on the campus,” alluding to the professor’s potential comeback.

Steven Spielberg, the series’ four films’ executive producer and director, won’t be in charge this time. He hands the reins over to James Mangold, promising that the tale will be told from a new angle.

As a result, Mangold, who is best known for his work on Logan and whose 2019 sports drama film Ford v Ferrari has received an Academy Award nomination for Best Picture, is left to carry on the legacy of the narrative.

Jones’ ally from the first three movies, Sallah, will be played by John Rhys-Davies again. A significant role named Helena will undoubtedly be played by Phoebe Waller-Bridge.