Scotland and the partition of India

The way the UK went out of its way to persuade Scotland to remain in their mutual union shows how much the common English cherish the UK as an idea and how much they, being in an absolute majority, are willing to sacrifice to keep the 16 percent non-English members of Great Britain in that union. Scotland today has its own parliament, will soon have its own taxation powers and, as things stand, Scots can vote on issues that pertain exclusively to the rest of the UK.

It is important to remember that those identifying themselves as Scots and only Scots form about six percent of the total population of the UK. The total percentage of the British who identify themselves as English only are 51 percent. Close to 20 percent of UK nationals identify themselves as British only. The actual number of the English living in the UK is 84 percent. We who had been fed on the idea that the UK is a unitary state have been disabused of our naïve notions. The UK’s system of government defies classification. It is parliamentary and unitary, but it is also federal, just like it is a monarchy but is also one of the greatest de facto republics on earth and just as it is an Anglican state and yet perfectly secular in its politics.

Here is the basic point: the partition of India in 1947 — if it is to be considered a tragedy as some do — was the consequence of the sheer paucity of imagination on the part of the leaders of India’s Hindu majority, in particular the two most recognisable faces of India, Gandhi and Nehru. The apologists for these two great men argue that the reason why they were so adamant about sabotaging the Cabinet Mission Plan in 1946, which the “separatists”, i.e. Jinnah and the Muslim League, had agreed to, was because the Muslim League ultimately wanted to use the plan as a first step to Pakistan. Even if we were to completely ignore the fact that Jinnah had, till a few years earlier, been pleading for cooperation between Congress and the League, and assume that the Muslim League planned on declaring independence later, would not the Congress leaders have had an opportunity to convince them otherwise through good conduct? Did the unionists in the UK hide behind the excuse that Scottish nationalists have not given up the demand for an independent Scotland?

Now here is where the statistics begin to matter. Muslims constituted close to 28 percent of the population of undivided India, as opposed to just a paltry six to eight percent as Scotland does. Muslims constituted majorities in five provinces. What the leadership of the Muslims consistently asked for, right from the 1920s, was a federal structure that the leaders of Congress considered incompatible with the principle of democracy. It seems that Nehru and company had not even bothered to study the constitutions of the US and Canada that provided for federations. Had they conceded residuary powers to the provinces in 1928’s Nehru Report, as was argued by Jinnah, the issue may have been resolved there and then. Even the Cabinet Mission Plan, which every Congress apologist considers an absolutely unworkable plan, gave less to the Muslims than what has now been conceded to Scotland by the UK. Interestingly, David Cameron speaks of a dual majority principle, i.e. a matter concerning solely the English people in the UK would be decided by a majority in the Westminster parliament and a majority of English MPs. This is precisely what Jinnah had suggested for all communities in his famous 14 points. It was derisively put down as a “communal veto” by Congress leaders.

Unlike the English people in the UK today, the leaders of Congress and therefore the great majority of caste Hindus who voted for them did not care too much if the Muslims of India remained in or left the federation. Muslims could remain in India so long as they were willing to buy the Congress’ idea of a centralised Indian state imposed top down, which inevitably meant imposing Hindu majority rule on all of India, including Muslim majority areas. All middle grounds, federal solutions and alternatives were shot down and finally Nehru buried the idea of a united India when he declared that Congress being the majority party would go into the Assembly unfettered by any agreements, barely two months after having inked the Cabinet Mission Plan. Gandhi for his part called it a solution worse than partition itself. Within Congress only Maulana Azad remained clearheaded throughout. Even in his famous Jamia Masjid Khutba — said to be a scathing critique of the Pakistan idea — he says clearly that the Cabinet Mission Plan would have preserved the benefits of the Pakistan scheme while jettisoning its obvious disadvantages. His book, India Wins Freedom, is a grudging admission of how the idea of united India was let down by Nehru, Patel and above all Gandhi himself.

It was this all or nothing approach that set the stage for the partition of India. Lord Mountbatten put the final nail in the coffin when, in April 1947, he chose, whimsically and impulsively, to share his plan for transfer of power to independent provinces with Nehru, in a sheer breach of faith. Nehru threw what could only be described as a tantrum and insisted instead on the partition of Punjab and Bengal, precluding any chance of a federal settlement even in 1947. In other words, while united India could have had large Muslim majority areas, leaving non-Muslim East Punjab and West Bengal in Muslim-dominated Punjab and Bengal, whether independent or in Pakistan, this was completely unacceptable to Congress. So much for the much touted composite nationalism of the Congress Party!

What is done is done but what was true of pre-partition India is truer of Pakistan today. Pakistan is a federation of provinces and the only way it will exist as a federation is by consensus and compromise. The Punjabi majority in Pakistan must emulate the UK model and in particular the English example. Demonising the separatists can only go so far. Ultimately, one must address genuine concerns and grievances that lead to separatism. There can never be any union between unwilling partners. There is no substitute for consensus ad idem and for that to happen, there have to be winners all around. 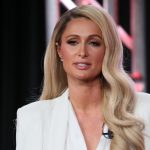 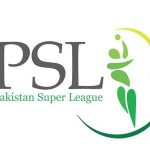