Women to come on roads on Imran’s call: Cheema 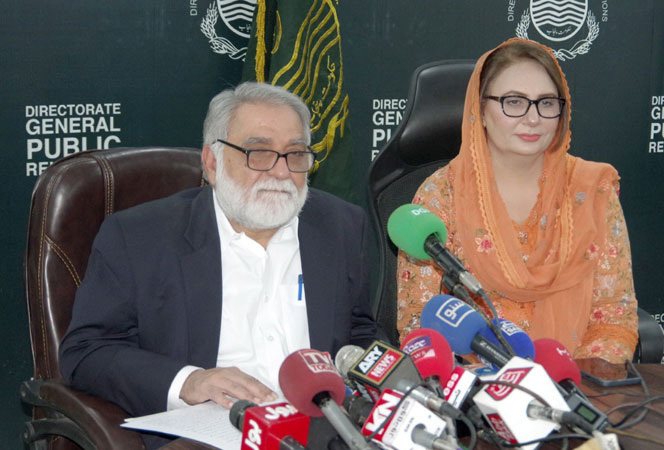 On the call of Imran Khan the women will come out on the roads by not caring for their lives adding that the maid servants of Maryam are merely doing propaganda on the Toshakhana case. There is an allegation on Imran Khan for selling one watch while these people have devoured the whole country. Spokesperson to CM and Punjab government Musarat Jamshed Cheema expressed these views in a joint press conference with the Provincial Minister Finance Mohsin Leghari at the DGPR office. Spokesperson Punjab government said that PTI has resolved to win real freedom for the country, to save democracy and to uphold the constitution.

Musarat Jamshed Cheema stated that the martyrdom of Arshad Sharif gave a clear message that how much necessary is a real freedom adding that she thanks the defeated powers that they have made the real freedom an indispensable for the country. They have compelled the nation to think that the environment of the country is disgusting. The political step or long march is only for the purpose to apprise the masses that the economy of the country has ruined and that is why people have come on the roads. Musarat Jamshed Cheema said in her rebuttal to the press conference of PML-N leader Uzma Bukhari stated that how much accountability you have given for taking vehicles from the Toshakhana upto the Avenfield apartments.

There is no corruption scandal of Imran Khan government while the corruption of Maryam, Bao Gee and his family are talk of the town. Imran Khan did not do any unlawful act by getting a watch from Toshakhana while Nawaz Sharif got vehicles from the Toshakhana and they should account for their misdeeds and unlawful acts. When the people hold them accountable about the public money then they flee to London. Musarat Jamshed Cheema further said that during all tenures of your government how far the investigation process went ahead about hundreds of corruption cases. She queried where is the proclaimed prime minister hidden in the daily mail cases of Great Britain.

She further queried what did the father of Maryam take from Toshakhana and where are their details. Musarat Jamshed Cheema urged that the so-called spokesperson of the imported government instead of making hollow slogans and false allegations should undertake steps for the welfare of the people.