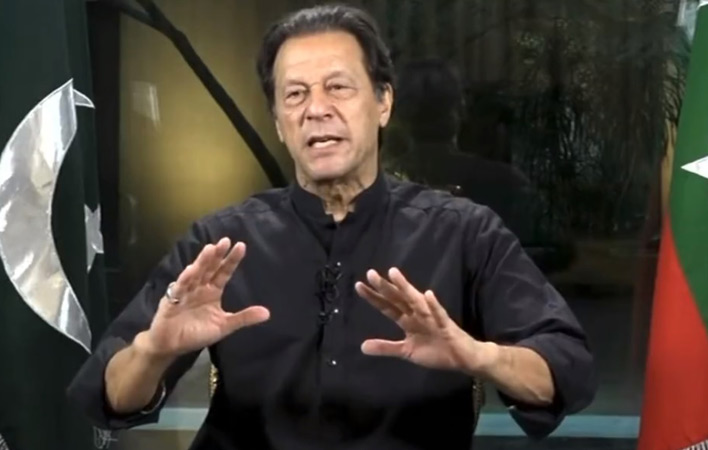 PTI Chairman Imran Khan on Saturday gave a call to his supporters to reach Rawalpindi on November 26.

Khan said that he will give the next plan of action for the party’s long march after his supporters reach Rawalpindi on November 26.

“You have to fully try to reach between 1-2pm. I will myself address and give the next plan of action,” he said, adding that the PTI’s movement would not stop.

To the “powerful quarters”, he said that no matter which segment of society was asked, they would say there was no other solution to the country’s issues than fresh and fair elections.

He said that his life is still in danger after the Wazirabad assassination attempt against him.

Addressing the long march via video link, Khan said that he received letters before his rallies in the past six months, warning him about the threat to his life. “I knew that they were making a plan to kill me but I still proceeded,” Imran added.

He said that those who had tried the previous attack against him were still present and so there was a persistent threat to his life.

PTI Chairman Imran Khan has said that the nation can not afford to remain neutral at the current juncture.

“If you remain neutral today then your children and coming generations will regret that you sat in homes when you should have struggled against injustice.

“I have no need to risk my life and set out but it was in my mind from childhood that death is better than slavery. This is slavery what is happening. I as an ex-prime minister could not register my FIR … so think what rights you as the nation have,” Imran said.

He said humans had rights and until they did not stand up for their rights then society would remain a jungle.