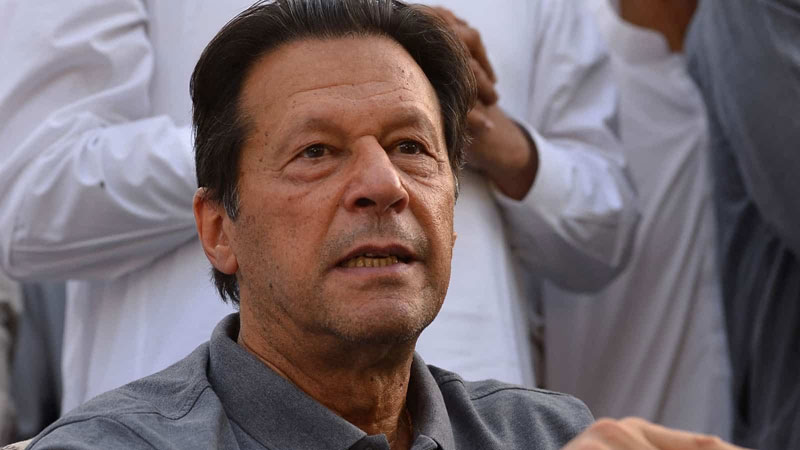 PTI Chairman Imran Khan said on Friday that the incumbent government’s planned amendments to the Army Act would be challenged in the Supreme Court (SC), claiming that the coalition leaders were making these changes “for their own benefit”, a private TV channel reported. In an informal meeting with journalists in Lahore, the former premier claimed that the government was bringing the amendments for its “own benefit”. Nawaz Sharif wants to bring an army chief who would weaken the PTI, he claimed, alleging that the government was trying to make the armed forces “like the Punjab police”. He also said that the appointment of the army chief should take place just like that of the chief justice. During the meeting, Imran said that he had not met Gen Bajwa in Lahore, clarifying that President Arif Alvi had had a meeting with the army chief. He said there were no talks under way with anyone at the moment. He also spoke of the suspects he claims plotted his assassination. “They have already tried other ways. To get me disqualified [from politics] in legal cases, terrorism charges, I have around 25 cases against me right now,” Khan was quoted as saying. “But, these cases were failing and as my support grew, I knew my life would be in danger.”

He went on to say: “The two main political parties in Pakistan, rather than being democratic, have descended into mafia. “I knew that when I joined politics to run against these parties 26 years ago. The mafia operate in two ways – either they buy you or they eliminate you.” In another interview with The Telegraph, the former prime minister once again said another attempt on his life could take place. “Yes, I feel that there would be another attempt [on my life] unless Pakistan’s Supreme Court takes up the issue,” he admits.

During an interview with NPR, PTI Chairman Imran Khan was asked about whether he thought he would be able to work with the military if he returned to power, especially in light of his recent allegations of a senior official plotting to kill him. “Well, you know, the military has its own good and bad … I think the military recognises that. I think that the members in the military do make mistakes.” He was asked about his remarks in which he said he no longer “blamed” the US administration for his removal from power. “Is it because my government has gone that I should harbor a grudge with the US forever? No, because it’s not about me. It’s about my country … We have to move forward, and and we have to have a new type of relationship with the US, which I’ve always said. “Unfortunately, our relationships in the past have been very lopsided. There really been a sort of master-slave type of relationship which has been very demeaning, humiliating for people of Pakistan,” he said.