Ira Khan gets engaged to Nupur Shikhare in Mumbai 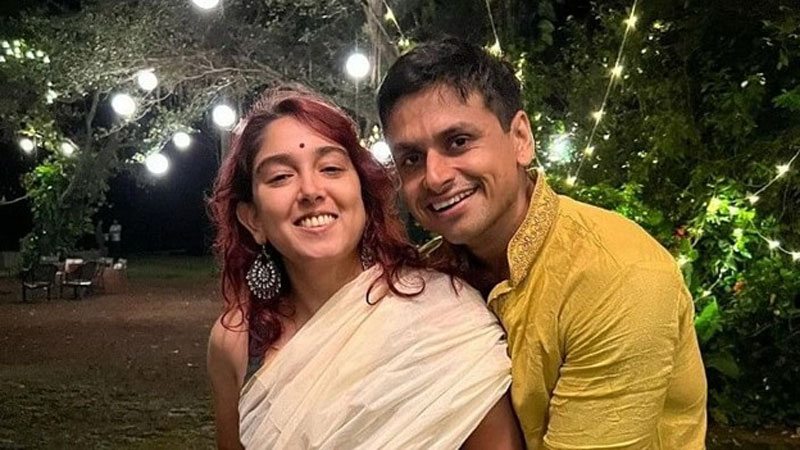 For her engagement, Ira wore a red gown and Nupur wore a tuxedo. Aamir once again flaunted his greys as he arrived for his daughter’s engagement in a kurta-pyjama. Kiran wore a saree and Reena too opted for a silk saree. Nupur Shikhare had proposed to Ira Khan in September and the couple got engaged then. Ira shared a video of Nupur going down on one knee and she saying yes on the spot. She captioned the video, “Popeye: She said yes ???? Ira: Hehe?????? I said yes.” Ira and Nupur made their relationship official in February 2021 and their pictures together are a hit among their fans. Ira often speaks about mental health issues and she had once shared how Nupur’s presence in her life has helped her.

Ira Khan is Aamir Khan’s daughter from his first marriage to Reena Datta. Aamir and Reena, who got married in 1986, welcomed Ira in 1997. Ira is a budding filmmaker and she made her directorial debut in 2019 with a theatre production, Euripides’ Medea.