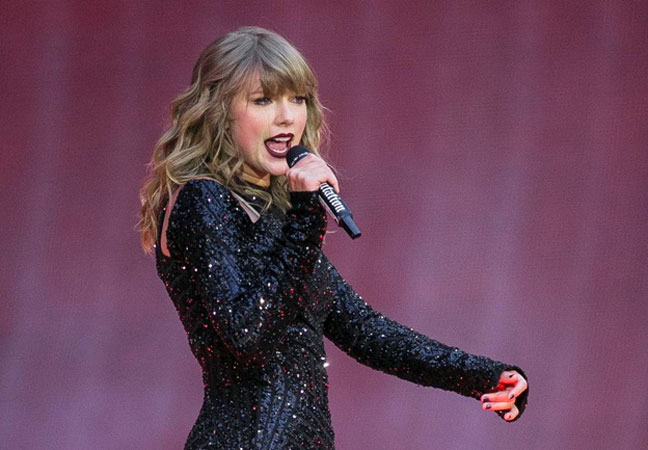 “Due to extraordinarily high demands on ticketing systems and insufficient remaining ticket inventory to meet that demand, tomorrow’s public on-sale for Taylor Swift | The Eras Tour has been cancelled,” the ticketing broker tweeted.

It was not immediately clear whether that sale would be rescheduled, or how many unsold tickets remained. Ticketmaster did not immediately respond to an AFP request for clarification.

“I have absolutely NO idea what to do now,” said 23-year-old fan Cody Rhodes, whose cousin had a presale code earlier this week — but after waiting five hours, had been booted out of the queue.

“Ticketmaster’s statement was so vague. They said cancelled not postponed so now I wonder if there are any tickets left for them to sell,” the 23-year-old told AFP.

He .doubted his ability to afford resale tickets which can soar into the thousands of dollars, but said he’d likely try.

“It just really sucks that Ticketmaster handled this situation so poorly,” Rhodes said.

In a blog post, the company said that on November 15 over 2 million tickets were sold for Swift’s string of shows set to kick off in March — the most tickets ever sold for an artist in one day.

But Ticketmaster nevertheless cited a “staggering number of bot attacks” along with fans without codes trying to purchase tickets — meaning their site experienced 3.5 billion system requests, they said, four times the company’s previous peak. “Even when a high demand on sale goes flawlessly from a tech perspective, many fans are left empty handed,” Ticketmaster said.

“Based on the volume of traffic to our site, Taylor would need to perform over 900 stadium shows (almost 20x the number of shows she is doing)…that’s a stadium show every single night for the next 2.5 years.”

The debacle reignited concern over Ticketmaster’s privileged position in the ticketing industry.

The company — which is owned by Live Nation, the event promotion behemoth — is a dominating force, and for years concertgoers have complained of hidden fees, soaring costs, rampant scalpers and limited tickets due to presales.

A number of lawmakers questioned the 2010 merger of Ticketmaster and Live Nation, with some calling for probes into the state of the industry’s competition.

Tennessee’s Attorney General Jonathan Skrmetti meanwhile voiced concern over the presale, and said “he and his Consumer Protection team will use every available tool to ensure that no consumer protection laws were violated.”

A number of anti-trust and consumer protection groups in recent months have launched a campaign “to investigate and unwind the 2010 Live Nation-Ticketmaster merger,” saying that its vast power in the industry allows it to “hike up ticket prices, tack on expensive junk fees, and exploit artists, independent venues, and fans.”