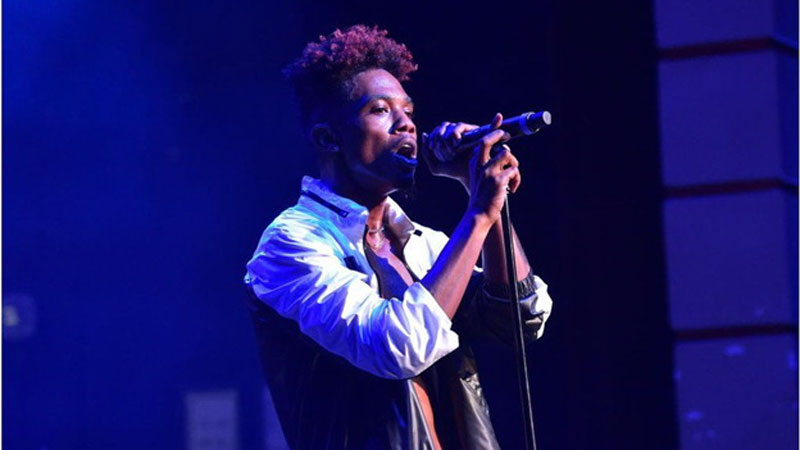 R&B singer B. Smyth has died at the age of 28 on Thursday following pulmonary fibrosis battle his brother said.

B. Smyth’s brother Denzil confirmed the news in to the late artist’s Instagram page.

‘Today regretfully I have to announce that my brother has passed away this morning from respiratory failure after a long battle with pulmonary fibrosis,’ Denzil said in the caption of the post.

He continued, ‘We ask for privacy during these difficult times. We also want to say thank you for all of your prayers.’ Denzil wrapped up the emotional post in writing, ‘#RIPBSMYTH Love you bro!’

The Florida-born rapper, whose full name was Brandon Smith, began his rise in music with covers of songs on YouTube such as Miguel’s Quickie and Rihanna’s Stay.

His first single was 2012’s Leggo – after signing with Motown Records – which featured 2 Chainz and rose on the Billboard’s Hot R&B Songs chart to the number 12 spot.

He also worked with rapper Future on the 2013 single Win Win from his EP The Florida Files.

B. Smyth had also released the singles Fall in Love, I Love U So, On Me, Own My Heart and Plan B earlier this year. A memorial service will be held, according to Denzil.