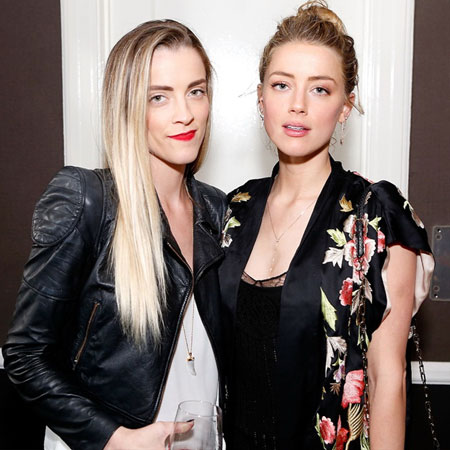 Amber Heard’s sister is standing by her. Five months after the Aquaman actress was found liable for defaming her ex-husband Johnny Depp, her sister Whitney Henriquez reflected on the harassment she says her sister has faced since the June verdict.

“To simply say that my faith in humanity has been called into question since the trial/verdict would be a gross understatement…,” Whitney wrote in a Nov. 16 Instagram post. “Not only did it highlight some pretty f-ing major flaws in the judicial system, it also showed just how deeply misogynistic this world is and how harassment of anyone who speaks out or has a differing opinion is just simply accepted (just take a look at some of the comments on my posts, and undoubtedly this one).”

She went on to share that she’s scared to raise her kids in a “world like this,” noting, “Every day it just seems harder and harder to navigate and deal with.” However, Whitney concluded the post saying that today the tides have turned, sharing a slew of photos showing a list of organizations and individuals that signed the open letter in support of Amber.

Whitney has been a vocal supporter of the Never Back Down actress, sharing a message to her sister on social media following the trial, during which a jury ruled that Amber did defame Johnny in her 2018 Washington Post op-ed in which she referred to herself as a “public figure representing domestic abuse.” (She did not name the Pirates of the Caribbean actor in the essay.)

“I still stand with you, sissy,” Whitney wrote in her June 5 post. “Yesterday, today and tomorrow I will always be proud of you for standing up for yourself, for testifying both here in Virginia and in the U.K., and for being the voice of so many who can’t speak to the things that happen behind closed doors.”

Whitney praised her sister despite the jury verdict, saying, “I’m so sorry that it wasn’t reflected in the decision made by this jury, but I will never give up on you, and neither will anyone who stands with you. Forever by your side.”