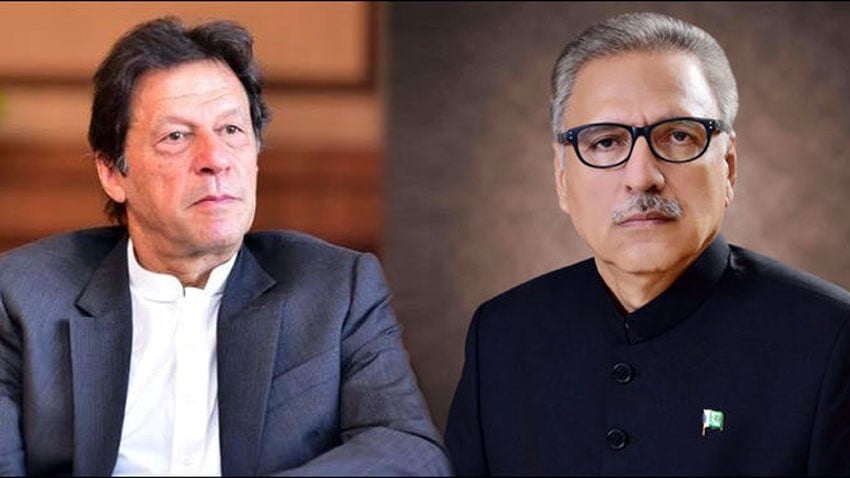 Earlier today, President Alvi stated that he would follow Prime Minister Shehbaz Sharif’s recommendation about the high-level appointment and could not put obstacles in the highly anticipated process.

According to a private news channel, Khan made the claim during an informal discussion with senior journalists in Lahore, where he also spoke on the matter regarding the army chief’s appointment.

“Appointment of the chief of the armed forces should be done like that of the Supreme Court’s chief justice,” Khan said, according to the sources.

Imran Khan also added that the incumbent government is making proposed amendments to the Army Act for its own benefit.

“The proposed amendment to the Army Act will be challenged in the Supreme Court,” the former prime minister said.

Speaking about hitting the road during his party’s long march as it moves ahead in Punjab’s Gujar Khan, Imran said that his doctors will examine him tomorrow and give their opinion accordingly.

“I will lead the long march myself from Rawalpindi,” the PTI chief said, according to sources.

Commenting on his attacker being presented in the court a day earlier, as per sources, the PTI chairman said: “Prime suspect of the Wazirabad attack was produced in the court after 14 days. I’m afraid that the evidence will be lost in these 14 days.”

Khan, when commenting about his party’s relations with the PML-Q, said that the “Q league is our ally. We have an excellent alliance with [Chief Minister Punjab] Pervaiz Elahi.”

Khan said that the biggest hurdle in the registration of the first information report (FIR) in relation to his attempted assassination was the former Inspector-General of Police in Punjab Faisal Shahkar.

The former prime minister, as informed by sources, also spoke about the use of electronic voting machines in general elections.

“I tried hard to stop rigging through EVMs in the elections. Nawaz [Sharif], [Asif Ali] Zardari, Election Commission [of Pakistan], and the handlers were on the same page on the matter of EVM,” the PTI chairman said, as told by sources.