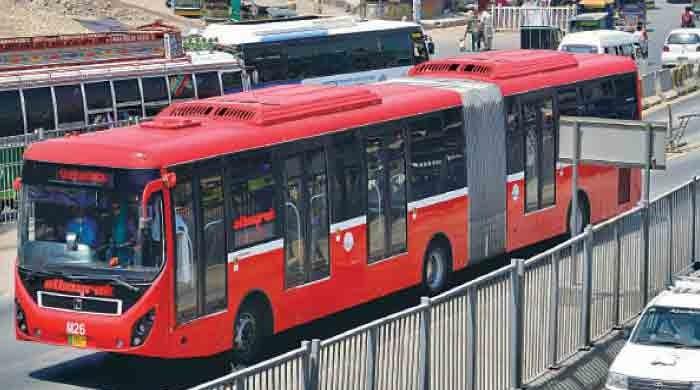 The Peoples Bus Service (PBS) will begin operations in Hyderabad on November 19, according to an announcement made on Friday by Sindh Minister for Information, Transport, and Mass Transit Sharjeel Inam Memon.

He claimed that thanks to this bus service, residents of Hyderabad would be able to travel in luxury and at reasonable costs.

According to Sharjeel, the first PBS route in Hyderabad will travel 15 kilometres from Hyder Chowk in the heart of the city to the Hatri Police Station. He also mentioned that 15 bus stops will be set up along the way.

Earlier this month, the PPP leader announced a new environment-friendly electric bus service for the people of Karachi.

These buses are capable of covering a distance of 240 kilometres on a charge of 20 minutes.

He said that the buses would be charged via solar energy and the company responsible for the project would also set up charging centres.

The minister said that the fare of electric buses will be less than the Red Buses, adding that the project would also be extended to other major cities of Sindh.