* He said, 'When we were shooting for the film two years ago the pressure would scare me' 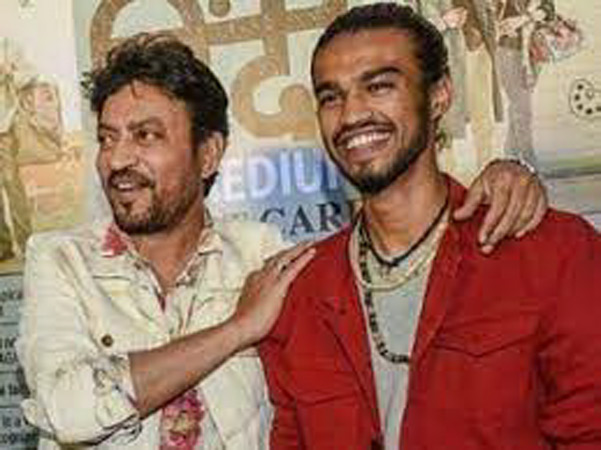 At the trailer launch of his debut film ‘Qala’, Babil, son of late actor Irrfan Khan, opened up on having the pressure of carrying his father’s legacy forward. Babil is set to enter the world of Bollywood with his upcoming musical saga ‘Qala’ alongside Tripti Dimri. At the trailer launch event of the film earlier this week, the newcomer agreed that he felt pressurized by his father’s film legacy.

He said, “When we were shooting for the film two years ago the pressure would scare me. Now, the pressure doesn’t scare me but motivates me to go out there and work.”

“The definition of pressure has changed.”

When further questioned about the qualities or skills of his late father which he would like to imbibe in his theatrics, Babil responded, “Whatever qualities my father had, he took it with him. Now, I will explore my qualities.”

He added, “We have this illusion that we think we are in control of our journey. We are not. So I’ll improvise what life throws at me. I want to explore everything. I want to do all kinds of films, play all kinds of characters and explore.”

About ‘Qala’, set in the late 1930s and 1940s, tells the story of a young playback’s tragic past and the reasons which led to her tearing apart at the peak of her career and success.

Anvita Dutt has helmed the direction of the project, while Anushka Sharma and her brother Karnesh have bankrolled the project under their banner Clean Slate Filmz. The film will premiere on streaming giant Netflix, on December 1.