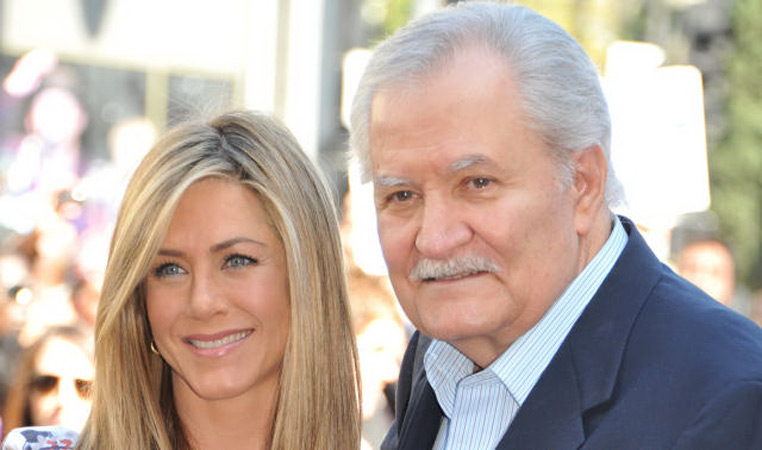 Jennifer Aniston appeared in all black ensemble as she made her first public appearance after announcing sad news of her beloved father’s demise on Wednesday.

The Friends alum amazed fans in body-fitted black outfit. She wore aviator style frames to cover her eyes from the LA sun in while on the set of The Morning Show.

Aniston was looking out of this world as she put her famous style on display. She left her hair lose to elevate her look. It was first appearance of the actress since she announce her father’s death earlier this week. The versatile star paid a special tribute to her father as she wrote: “Sweet papa…? John Anthony Aniston.”

John Aniston, a veteran actor known for his work on the daytime drama “Days of Our Lives” has died.

Jennifer Aniston made the announcement on Instagram Monday as she wrote: “You were one of the most beautiful humans I ever knew. I am so grateful that you went soaring into the heavens in peace – and without pain. And on 11/11 no less! You always had perfect timing.

That number will forever hold an even greater meaning for me now.”