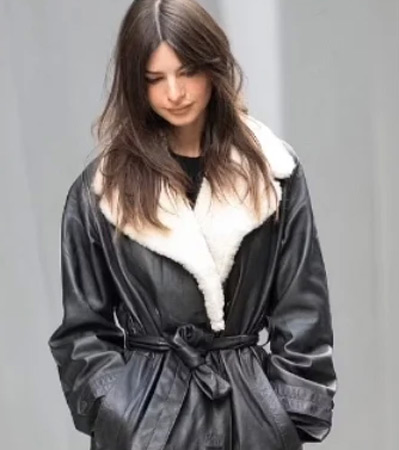 Emily Ratajkowski made her first public appearance after confirming her romance with Pete Davidson.

The 31-year-old model was pictured out and about in New York City early on Thursday morning – just hours after she was spotted returning to her West Village apartment at 12:30 AM, having spent Wednesday evening celebrating her apparent new beau’s 29th birthday.

The model and writer went makeup-free for her outing this morning, and she looked as though she was battling tiredness after her late night on the town. The comedian is on the rebound after he split from Kim Kardashian in August following a nine-month high-profile fling. He has dated a string of other A-list women including Ariana Grande Kate Beckinsale, Kaia Gerber, Margaret Qualley, and Phoebe Dynevor.

Whereas, Ratajkowski filed for divorce from her husband of three years Sebastian Bear-McClard amid infidelity rumours.

Emily was last linked to DJ Orazio Rispo, who she was seen passionately kissing in NYC last month, following her split from her husband Sebastian in September.

Prior to the sightings with Rispo, Ratajkowski was reported to have gone out on a few dates with Brad Pitt.