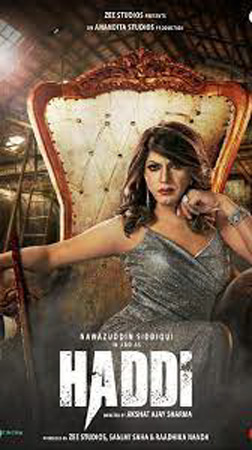 Nawazuddin Siddiqui will be seen in Haddi soon. He has recently uploaded a picture of himself dressed as a Trans woman staring right into the camera and looks strong as ever. Nawaz’s identity is solely based on his art. He picks up challenging roles, and pushes himself to be the best version of himself with each film. In his recent project Haddi, he has worked with 90+ real-life transgender woman about which he said, “Working with real-life trans women has been an incredible experience in Haddi, an honour and a privilege to understand & learn more about the community. Their presence was empowering.” He further talked about how his daughter was upset to see him dressed as a woman on screen. ‘My daughter was very upset when she saw me dressed as a woman. She now knows that it’s for a role and is fine now,’ He said. He also said that he has a newfound respect for female actresses. ‘I must say this, after this experience, I have huge respect for actresses who do this on a daily basis.’ Nawaz will be seen in Noorani Chehra and Adbhut apart from Haddi.