Sana Fakhar opens up on dealing with criticism

* 'I take my criticism very seriously,' she said 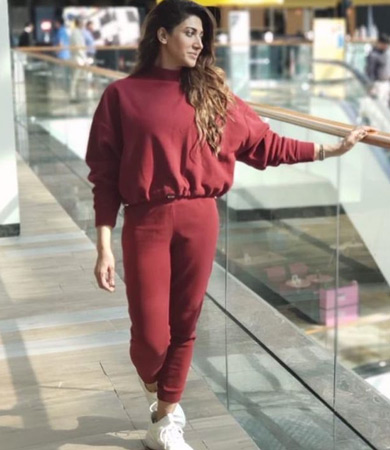 Actor Sana Fakhar opened up on how she deals with criticism in the latest pictures that are going viral on the social media application Instagram. Sana Fakhar shared pictures of her in a red outfit and white joggers. The actor said she is serious when it comes to criticism about her and accepts if it’s right. “I take my criticism very seriously. If I believe it’s true then I acknowledge it, assess it and work hard to fix it,” she said. Thousands of Instagram users liked the pictures and agreed with her statements. It is pertinent to mention that Sana Fakhar has been making inspirational and motivating statements following her divorce from Fakhar Jaffri. Speaking with a private news channel, Sana Fakhar spoke about she dealt with her life after ending her 14-year marriage. Earlier, she admitted to making the rest of her life the best of it. The celebrity added that people now have the courage and courage to speak against what they feel uncomfortable. She has made a name for herself in the modelling and acting industries. She walks the ramp in popular fashion shows. Moreover, she is known for her performances in serials “Bay Dardi”, “Babban Khala Ki Betiyan” and “Teri Rah Main”. Moreover, she won the reality show “Madventures”.