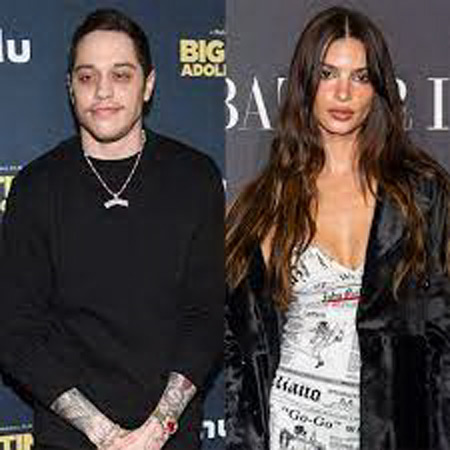 It may not be a meet cute, but sparks seem to be flying between Pete Davidson and Emily Ratajkowski.

More than three months after Pete’s split with Kim Kardashian, a source close to Emily exclusively tells E! News that the Saturday Night Live alum and the model have “gone on a few dates” together in New York City. While the two have known each other for years, the insider shares that they reconnected after “Pete texted Emily wanting to get together to catch up.”

And though Emily was linked to Brad Pitt and had been spotted kissing DJ Orazio Rispo in recent months, the insider notes that the My Body author is not looking for anything serious at the moment.

“She’s not exclusively dating anyone and is having fun,” the source explains. “Emily is in her ‘single girl era’ and wants to see what’s out there.”

Indeed, Emily has been back on the dating scene since September, when she filed for divorce from husband Sebastian Bear-McClard following four years of marriage. In October, Emily confirmed she’s “newly single,” telling Variety, “I just feel like I’m kind of enjoying the freedom of not being super worried about how I’m being perceived.” As for her thoughts on Pete? The Gone Girl actress previously noted that the “super charming” comedian does have some sort of allure, based on her experience working with him on a Moose Knuckles fashion campaign. “He’s a professional,” she said during an appearance on Late Night With Seth Meyers last year. “Obviously, women find him very attractive.”

Emily added at the time that people “love” seeing Pete’s softer side, including his “great relationship with his mom.”