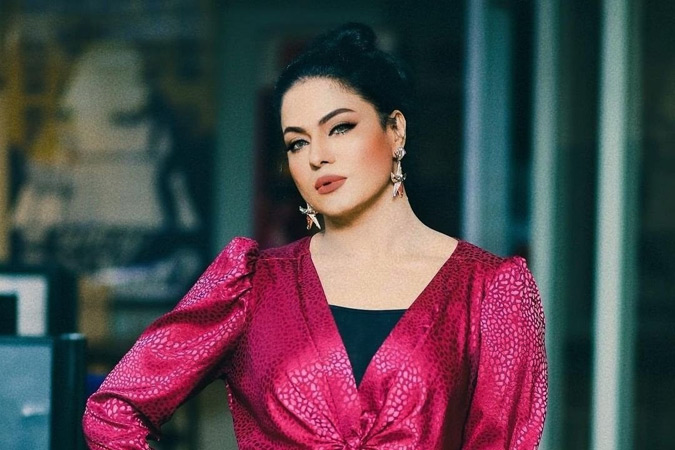 Veena Malik, actress, TV host, reality television personality and model, has assured that she will bring her children to meet their father and her ex-husband Asad Khattak, whenever the court orders.

The Justice Salahuddin Pahnwar-led single judge bench of the Sindh High Court (SHC) took up on Wednesday Veena’s petition against a family court’s order in the children’s custody case between the divorced couple. Veena brought both her children in the court on the SHC order. Justice Panhwar remarked that parents are the best judge in the case of children’s custody. He ordered Khattak to meet his children for two hours. “Try to settle your matters out of court,” the judge advised the couple. “We are making efforts in this regard. We hope the matter will be resolved,” the counsel for the petitioner said.

Khattak’s lawyer stated that his client fears Veena would take the children abroad. “If she takes the children abroad, she will have to bring them back to meet their father. It is a father’s right to meet his children,” Justice Panhwar remarked.

Veena assured that the judge that she would bring the children to see their father whenever the court ordered.

Khattak met his children for two hours on the court’s order. Later, Veena left the SHC building along with the children. Khattak described his meeting as pleasant. “I feel happy to have met my children after four years. It’s my legal right to see them,” he said in an informal chat with reporters after the court hearing. Khattak further said that he was trying to reach out to Tableeghi Jamaat preacher Maulana Tariq Jameel to request him to play a role in the matter, if he could. Veena said that she has never stopped her ex-husband from meeting their children.