Netflix upcoming series ‘The Recruit’ trailer is out 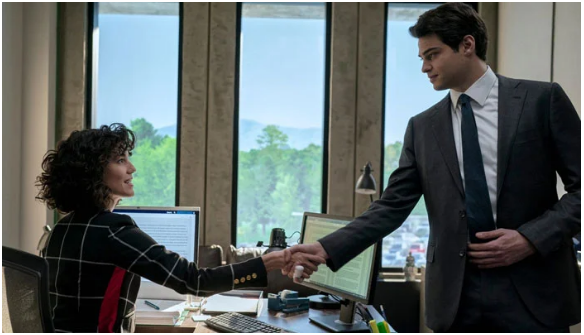 The Recruit, a new Netflix series starring Noah Centineo, is soon to make its streaming premiere.

The series, which is an action-packed thriller, was created and written by Alexi Hawley (of The Rookie, The Following, and Castle fame). It will make you think of James Bond or Mission Impossible.

Along with English writer and director Alex Kalymnios, whose credits include directing episodes of S.W.A.T., Titans, and Quantico, Doug Liman is the series’ director and he has also directed a few episodes. The series was executive produced by Centineo.

What is the plot of the series?

The story follows Owen Hendricks, a lawyer who just started his job at the CIA. Unfortunately for him, he gets a rocky start at his new job as he is entangled in a dangerous and absurd world of power politics and mischievous players.

Owen discovers a threatening letter by a former asset Max Meladze who is willing to expose the whole agency unless she is exonerated of a serious crime that she is serving time for. Owen, who is in hopes of making a mark at the CIA, has to travel around the world to complete his assignment.

How many episodes are there in the series?

There will be eight episodes in The Recruit series.

The Recruit is set to premiere on Netflix on December 16th, 2022.