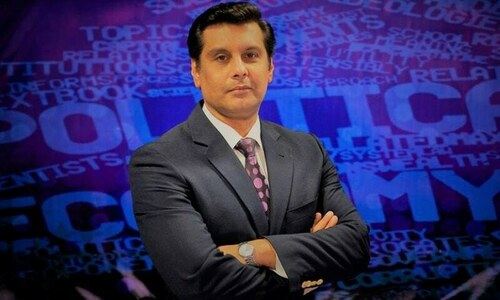 KHRC Member Martin Mavenjina said that Arshad Sharif had been murdered as part of a plan.

“The position of the Kenyan police on the death of Arshad Sharif is also weak,” he stated.

“It is also clear from the investigation that those who had fired shots at Arshad Sharif were trained people,” he added.

It is to be noted here that senior Pakistani journalist Arshad Sharif had been murdered in Kenya a few weeks ago which the Kenyan police had termed a case of mistaken identity.

The Islamabad High Court (IHC) observed on Wednesday that slain journalist Arshad Sharif’s murder trial can be held in Pakistan.

The IHC Chief Justice Aamer Farooq’s remarks came as he heard Sharif’s mother’s plea against the delay in providing his family with the post-mortem report.

During Wednesday’s hearing, the court was informed by the deputy attorney general that the report has now been provided to the journalist’s mother. Barrister Shoaib Razak appeared before the court on behalf of Arshad Sharif’s mother and stated that the post-mortem report was provided to her on Sunday.

To the chief justice’s question regarding the developments made in the case in Pakistan, the counsel replied that “nothing was happening here”.

Barrister Razak told the court that their application seeking the formation of a judicial commission to investigate the murder was still pending, adding that an FIR could be filed in Pakistan as well.

On the point of the FIR, the court observed that even the trial can be held in Pakistan. Justice Farooq cited the murder trial of Muttahida Qaumi Movement leader Imran Farooq as a reference. Later, the IHC disposed of the post-mortem report petition.

In a tweet on November 14, the late journalist’s wife, Javeria Siddique, stated that the family had “finally received the autopsy report of late @arsched from PIMS hospital,” adding that the family now awaited the formation of a judicial commission by the Supreme Court to probe into her husband’s murder in Kenya.

However, the Pakistan Institute of Medical Sciences (PIMS) in Islamabad said that it did not hand over the report to Arshad’s family, saying that it might’ve been provided by the Federal Investigation Agency (FIA).