Australia have point to prove against world champions England 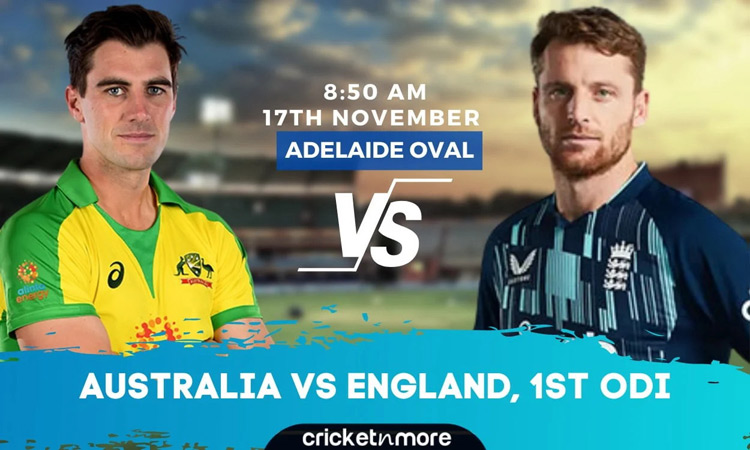 ADELAIDE: New skipper Pat Cummins admitted Wednesday Australia have a point to prove after their failure at the Twenty20 World Cup, with champions England in their sights in a one-day series this week. Australia went into the World Cup as defending champions but failed to go beyond the group phase, in contrast to Jos Buttler’s men who powered to the title with a gripping win against Pakistan on Sunday. “Yeah, I think you always have a point to prove, especially playing here in Australia,” said Test captain Cummins, who will lead the one-day team for the first time on Thursday after Aaron Finch’s retirement from the 50-over game. “We want to win every series we play, we probably expect that. “The core of this squad was part of that T20 side so … it’s a different format, but we probably didn’t play as well as we know we can and this gives us an opportunity straight away to play against the best.” They face England in three one-dayers, starting in Adelaide before moving to Sydney on Saturday and then Melbourne three days later, the scene of England’s five-wicket victory over Pakistan.

The win made Buttler’s team the first dual white-ball champions, holding both the 50- and 20-over titles. “They might be a little bit short on sleep, but they’re a class side,” said Cummins, who has overcome a bout of gastro and will be fit to play. “They’re riding high. They obviously had a great T20 campaign and they will be strong.” Australia head into the series with a near full-strength side apart from Glenn Maxwell, who broke his leg in a freak accident at a birthday party at the weekend. With Finch no longer in the team, Travis Head has been recalled to open with David Warner. Head has a strong record as an ODI opener, scoring nearly 600 runs from 15 innings including a century in Pakistan in March. But he hasn’t made a sizeable score so far this summer.

“I actually feel like I’ve trained really, really well in the last couple of months,” said Head. “I know it hasn’t flowed into the games as yet, but that’s the beauty of it — I know it’s just around the corner.” Eight members from England’s successful T20 World Cup squad have remained in Australia for the one-day series, including Buttler and player-of-the-tournament Sam Curran, as they kick-start a year-long build-up to defending their 50-over title in India. They also boast Sam Billings, Jason Roy and James Vince, who are regulars in Australia’s Big Bash League and familiar with local conditions. But Ben Stokes, England’s hero in the T20 World Cup final, will play no part after recently calling time on his ODI career.

“For me, and for the other guys who haven’t been around the squad in the last month or so, it’s a huge opportunity to stake a claim and get back into more prominent roles in that side,” said wicketkeeper-batsman Billings. “We know Australia are going to be a phenomenal outfit, they always are in terms of their depth in home conditions.”