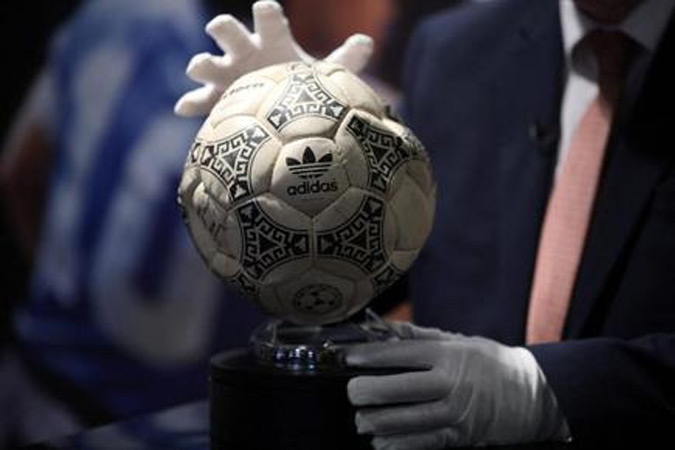 LONDON: The ball that Diego Maradona handled to score his infamous “Hand of God” goal for Argentina against England in the 1986 World Cup sold at auction on Wednesday for £2 million ($2.4 million). The white Adidas “Azteca” ball, which was owned by the Tunisian match referee Ali Bin Nasser, had been tipped to fetch up to £3 million ($3.6 million) when it went under the hammer at UK-based Graham Budd Auctions. It comes six months after the jersey Maradona wore in the historic quarter-final in Mexico City sold at auction for nearly $9.3 million — more than twice the value predicted by Sotheby’s. The auctioned ball — inspired by the architecture and murals of the Aztec civilisation — was used for the full 90 minutes of the 1986 game between Argentina and England, as it occurred years before the multi-ball system began in football. The clash saw a heated build-up because of political tensions following the Falklands War in 1982 and came to be defined by two contrasting goals scored by the late Maradona, who died aged 60 of heart failure in November 2020.