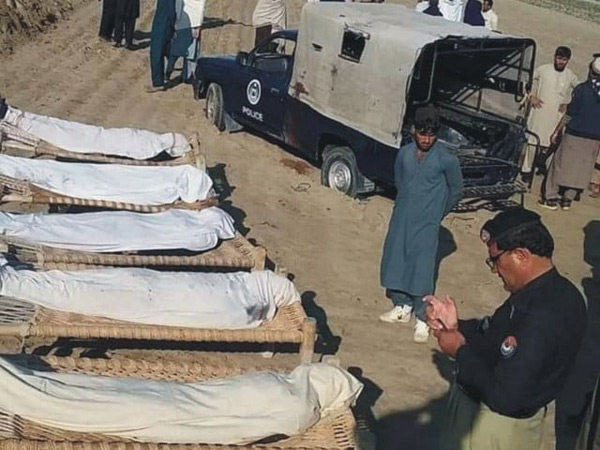 At least six policemen – including an assistant sub-inspector (ASI) – were martyred when terrorists opened fire on their mobile during routine patrolling, officials confirmed Wednesday.

The incident took place within the parameters of the Dadiwala Police Station when the cops were conducting a routine patrol near a fair in the city, a spokesperson for the city’s police said.

A statement from the KP police’s public relations office said the province’s inspector general (IG), Moazzam Jah Ansari, had taken strict notice of the “targeted killing” in Lakki Marwat. The statement said the IG made an emergency visit to Lakki Marwat after the incident and paid tributes to the martyrs for their courage and bravery. “Cowardly acts” by miscreants could not bring down police’s morale, the statement quoted the IG as saying, adding that he had directed relevant
authorities to immediately arrest the culprits.

He vowed to continue the fight against terrorists until the last of them was eliminated. Prime Minister Shehbaz Sharif also strongly condemned the incident. In a statement, he said “terrorists are the enemies of Pakistan and every possible step will be taken to safeguard the country”. Paying tribute to the slain policemen, he said the “whole nation salutes the sons of the soil who sacrificed their lives for the motherland”. He urged the Khyber Pakhtunkhwa government to immediately announce Shuhada package for the martyred police personnel. National Assembly Speaker Raja Pervaiz Ashraf and Deputy Speaker Zahid Durrani condemned the attack. They “also urged Govt. to act against terrorist with full force,” according to a statement tweeted by the National Assembly. In response to the tragic incident, Chief Minister Sindh Murad Ali Shah condemned the attack and offered his condolences to the martyrs’ families. He said the deceased policemen have received the high status of martyrdom. “The cowardly act of terrorists should be condemned as much as possible.” The funeral prayer of the six police officials who embraced Shahadat (martyrdom) during an armed attack on police van earlier today was held here at Lakki Police Lines on Wednesday. The martyrs were laid to rest with full official protocol and honour.