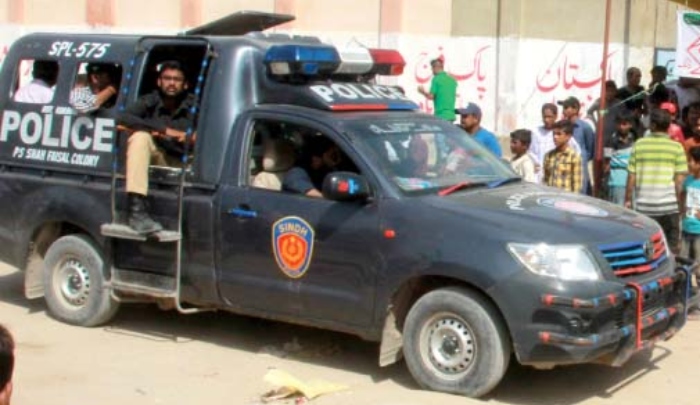 Six policemen were martyred on Wednesday in Lakki Marwat, Khyber Pakhtunkhwa (KP) when two terrorists on a motorcycle opened fire on their van.

According to police, the terrorists attacked the police van on Abbasa Road, Wanda Shahab Khel, in the limits of Dadewala police station.

However, another policeman was martyred in firing by miscreants in Lakki Marwat last Friday. Head constable Sadar Nawaz belonged to Wanda Shahabkhel village of Kurrum Par area and was settled in the Michenkhel locality of Lakki city.

Following the attack, law enforcement agencies launched a search operation in the area to hunt down attackers.

Prime Minister Shehbaz Sharif said the terrorists are the enemies of Pakistan and every possible step will be taken to safeguard the country.

In a statement, Shehbaz Sharif strongly condemned Wednesday’s terrorist attack on a police van in Lakki Marwat. He paid tributes to the martyred six police personnel. He said the whole nation salutes the sons of the soil who sacrificed their lives for the motherland.

He asked the Khyber Pakhtunkhwa government to immediately announce Shuhada package for the martyred police personnel.

Commiserating with the bereaved family, Shehbaz Sharif prayed for the departed souls.

Let us make no mistake. Terrorism continues to be one of Pakistan's foremost problems. Our armed forces & police have valiently fought the scourge. No words are enough to condemn terrorists' attack on a police van in Lakki Marwat. My thoughts & prayers are with bereaved families.

Minister for Interior Rana Sanaullah also strongly condemned the terrorist attack on the police personnel in Lakki Marwat. In a statement, the Interior Minister sought report from Chief Secretary and IG Khyber Pakhtunkhwa of the incident.

KP Chief Minister Mahmood Khan has taken notice of the terrorist attack on the police van in Lakki Marwat, directing IGP to present a report to him as soon as possible.

He condemned the attack, saying the sacrifices of the security men will not go in vain.

We have learnt with deep sorrow that 6 police officers embraced martrydom due to a treacherous terrorist attack which was perpetrated in Lakki Marwat, KPK. We wish Allah’s mercy on the martyrs and extend our heartfelt condolences to bereaved families.