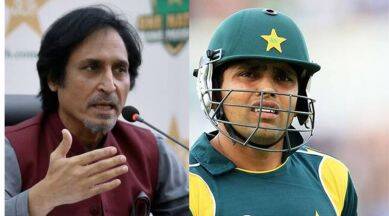 The chairman of the Pakistan Cricket Board has sent Kamran Akmal, a former wicketkeeper-batsman, a legal notice for allegedly uttering insulting and defamatory remarks in the media.

A person close to Kamran verified that he received a notification from the board’s legal division, which was delivered on the chairman Ramiz Raja’s behalf. I’m not sure exactly what accusations they have made against Kamran, but according to the source, a legal notice has been sent because the chairman believes Kamran made offensive, false, and defamatory remarks about him in the media.

According to a source within the cricket board, additional legal notifications may be issued to a few other former players who run their own YouTube channels and frequently contribute to the media.

The source claimed that some of them “clearly crosses the line” while criticizing the team, management, board, and chairman. Ramiz has made it clear that he would no longer put up with anyone trashing or disparaging Pakistan cricket.

He claimed that the PCB’s legal team had been instructed to act right away if any remarks made by any former player on his own YouTube channel or on television channels were discovered to be untrue, derogatory, and damaging to Pakistan cricket.

When Pakistan lost its first two games in the World Cup and even after they were defeated by England in the final on Sunday, some former players were scathing in their criticism of the team.

Babar Azam’s replacement as captain has been demanded by some, along with changes to the board and team administration.