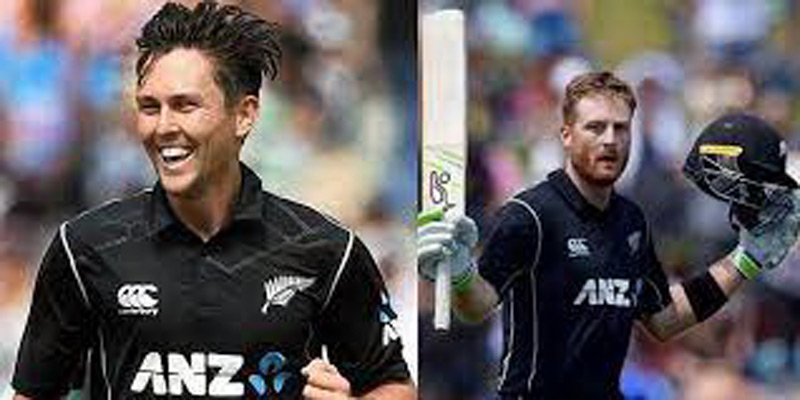 WELLINGTON: Veterans Trent Boult and Martin Guptill were on Tuesday left out of the New Zealand cricket squad for home Twenty20 and one-day internationals against India beginning this week. The Black Caps host India in Wellington on Friday in the first of three Twenty20 games followed by a three-match one-day series. Both teams will be looking to overcome the frustration of losing in the semi-finals of the Twenty20 World Cup, which was won by England on Sunday. Guptill, 36, is replaced by rising young batsman Finn Allen, 23, while there is no place among the bowlers for left-arm paceman Boult. Earlier this year Boult, 33, asked to be released from his central contract and signed for the Melbourne Stars in Australia’s lucrative Big Bash League. “When Trent opted out of his contract in August, we indicated priority would be given to players with central or domestic contracts,” said New Zealand coach Gary Stead.

“We’re all aware of Trent’s world-class ability, but at this time, we want to give opportunities and experiences to others,” he added. Allen, who will be playing against India for the first time, has made eight one-day international appearances for New Zealand and has 23 T20 caps. He hit his highest score of 107 in a T20 match against Scotland earlier this year and scored 95 runs in five matches in the T20 World Cup, with a top score of 42 against Australia in New Zealand’s opening match. “The emergence and success of Finn at the top of the order in white-ball cricket means a guy of the class of Martin Guptill misses out,” Stead said.