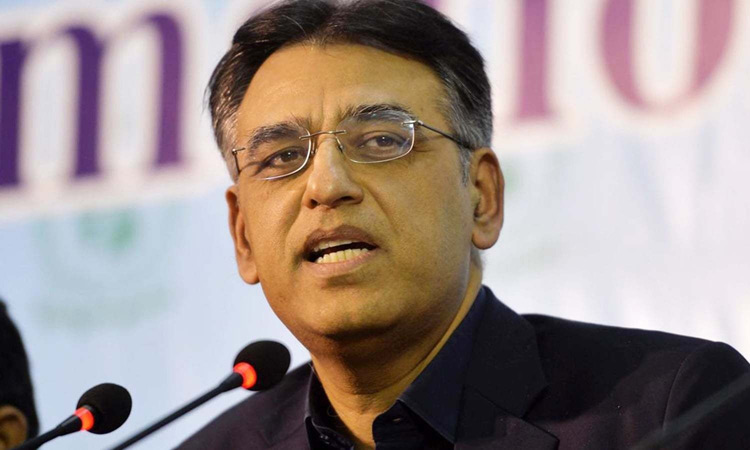 The Pakistan Tehreek-e-Insaf (PTI) General Secretary Asad Umar said on Tuesday that the PTI Chairman Imran Khan is “fighting for Pakistan’s future” in his address to the Insaf Students Federation (ISF) in Chiniot.

In his speech, Umar told the ISF that the “youth are the future of the country” and that Imran Khan is continuing this battle for them.

The PTI senior leader was welcomed by a large crowd of party supporters and was showered with rose petals as he led the long march to Chiniot.

Earlier in the day, Asad Umar stated that there is “no way out except fresh elections” as the party resumed its ‘Haqeeqi Azadi’ march from Gujrat post-noon.

He took to Twitter after a Gallup survey revealed that 88% of Pakistani businesses believe that the country is going in the “wrong direction”.

He said that this is a “staggering vote of no confidence in the current setup,” adding that elections were the only way to keep the country from “sinking further with each passing day”.

The PTI leader Mussart Cheema shared the route for the Haqeeqi Azadi March on her official Twitter account.

He requested party supporters as well as members of the media to join the march towards the capital. He said that they will depart from the province based on the expected date which is to be announced by Imran Khan.

Taking to his official Twitter handle, PTI leader Faisal Javed Khan claimed that there was “record attendance” of PTI supporters at the Haqeeqi Azadi March in Mandi Bahauddin and Jaranwala.

“The time has come for the imported government to be exported,” he tweeted, adding that Pakistan rejects such “slavery”.